Britain's Queen Elizabeth To Get Covid-19 Vaccine "In Weeks"

Britain's Queen Elizabeth To Get Covid-19 Vaccine "In Weeks" 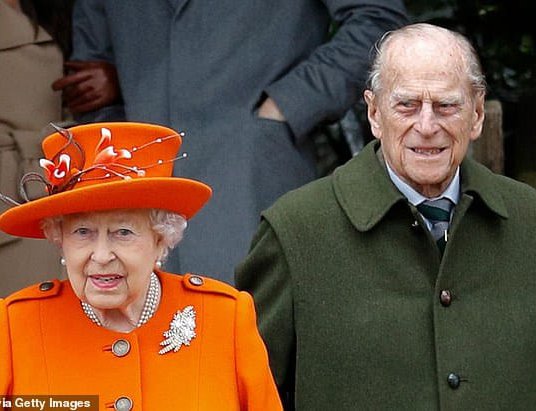 The monarch, 94, and her 99-year-old husband Prince Philip are in line to get the jab early due to their age and will not receive preferential treatment, the Mail on Sunday reported.

The monarch, 94, and her 99-year-old husband Prince Philip are in line to get the jab early due to their age and will not receive preferential treatment, the Mail on Sunday reported.

The newspaper said Britain's most senior royals would reveal they have been given the inoculation "to encourage more people to take up the vital jab", amid fears so-called anti-vaxxers could dent enthusiasm for it.

Britain on Wednesday gave emergency approval to the Pfizer-BioNTech coronavirus vaccine, with health officials set to use criteria based on age and vulnerability to decide the order of people to receive it.

Elderly care home residents and their carers will be the very first to get inoculated, followed by those aged 80 and over and frontline health and care staff.

Other elderly people and the clinically extremely vulnerable will be next, with the rest of the population then prioritised by age.

Buckingham Palace did not immediately respond to a request for comment.

The Daily Mirror also reported a string of high-profile figures in Britain had committed publicly to getting the vaccine in a bid to boost take-up.

They include Monty Python star Michael Palin and Bob Geldof, the tabloid said.

Britain has pre-ordered 40 million doses of the vaccine in total, and is set to receive an initial batch of 800,000 to begin next week's rollout.

Regulators were forced to defend their world-first approval on Wednesday of the Pfizer-BioNTech vaccine, insisting it met all safety standards after US and European officials queried the rapid process.

Meanwhile, plans are reportedly being stepped up to ensure any complications arising from the end of the Brexit transition period on December 31 do not impact its roll-out.

The vaccine will be manufactured at Pfizer's plant in Puurs, Belgium, and needs to be transported in temperature-controlled thermal shippers that use dry ice.

The Observer reported late Saturday that ministers have drawn up contingency plans to fly millions of doses into Britain on military aircraft in the event of Brexit-related disruption at UK ports.

"We will do this if necessary," a health department spokesperson told the newspaper.