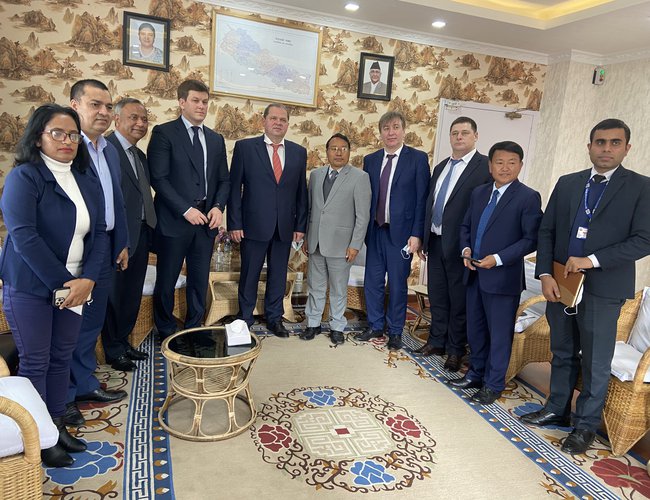 A team led by Russian Ambassador to Nepal Aleksei Novikov met Minister for Energy, Water Resources and Irrigation Barshaman Pun at the Ministry on Tuesday and expressed interest to bring investment in hydropower.

The delegation has said that they want to make such investment in government-to-government agreement, according to a press statement of Ministry of Energy, Water Resources and Irrigation.

The representatives of the delegation have shown their interest to know about the scenario of power generation, distribution, market potential and the legal provisions related to hydropower sector.

"Initially, we will invest in a 'pilot project' and both the public and private sectors will be encouraged to invest in Nepal by understanding the market situation," said Novikov.

Minister Pun informed that the government projected about 10,000 MW of electricity would be consumed in the domestic market in the next 10 years.

He said that electricity trade agreement has been signed with India and Bangladesh to export the surplus power.

He said that there is a good environment for foreign investment in Nepal as flexible legal provisions have been formed to export electricity directly to the foreign market in the coming days.

The foreign companies could invest in hydropower alone, in joint ventures with Nepali companies or government companies, he said, adding that Russian investors would be welcomed in Nepal.

"Which of our modalities do you find most convenient? We are ready for that, we welcome it,” said Minister Pun.

Minister Pun said there is no shortage of electricity market as the demand for power in India and Bangladesh is high.

Stating that both the countries are currently buying and selling electricity as per the Nepal-India Power Exchange Agreement, he said that Nepal sold electricity worth Rs. 350 million to India during the rainy season last year alone.

Minister Pun said that Nepal has set a target of generating 15,000 MW of electricity in 10 years.

He clarified that projects financed by India, China, Korea and Norway were under construction in Nepal's hydropower so far and other countries including Australia had also shown interest in investing in Nepal. 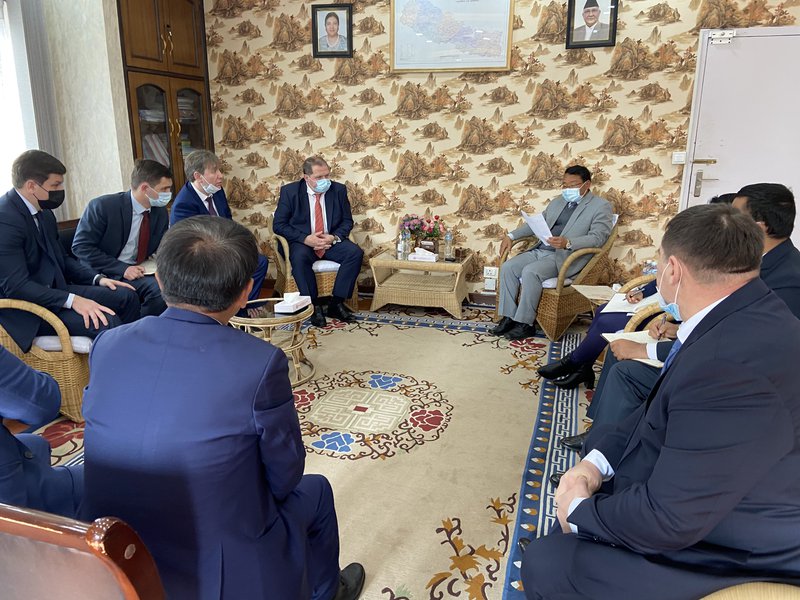 Bangladesh Is Ready To Buy Electricity Generated In Nepal: Ambassador Chowdhury By Agencies 2 hours, 29 minutes ago