After completing his visit to Nepal, Harsh Vardhan Shringla, Indian Foreign Secretary, has succeeded to restore the trust between the people of two countries 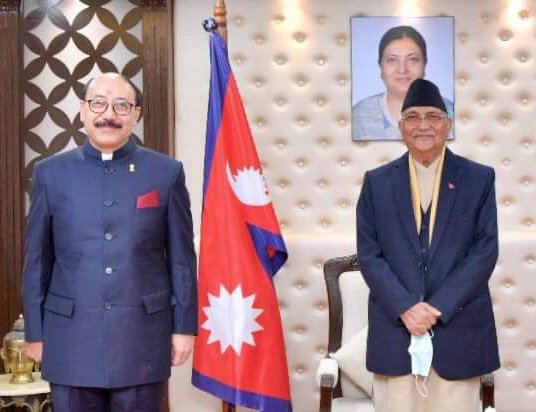 From his first statement delivered at Tribhuwan International Airport VIP lounge to his last statement delivered at a talk program and his remarks in Gorkha, Indian foreign secretary Harsh Vardhan Shringla, a highly qualified and capable professional cadre of Indian Foreign Service, did not spare any time while winning the heart and mind of the people.

With a remark in Nepali at Tribhuwan International Airport’s VIP Longue saying that he feels like coming home, secretary Shringla started his first official visit winning the heart and mind of people. Native Nepali made a psychological edge over the mind of people.

His praiseworthy remarks on the role of Prithivi Narayan Shah at his birthplace Gorkha was another gesture of respecting Nepal’s unification. He paid respect to Prithvi Narayan Shah, founder of modern Nepal who launched the unification motion to make Nepal original Hindustan, for his contribution to expanding the bravery of Gorkha all over the world including India. This was another soft point that touched the sentiments of Nepalis.

Frustrated by the role of mainstream political leaders, who denounced and destroyed the statue of Shaha, the Indian foreign secretary’s statement revitalized the minds of the common people.

Not seen in the last few years, Indian foreign secretary Harsh Vardhan Shringla’s approach was different although policy remained the same. He reached to the common people showing the proximity of language. He has made efforts to revive and restore people’s traditional faith in India. Although one visit cannot make many differences, this visit has opened up to find out common interest and common civilization and culture.

Handled by the professional hands of Nepal’s Ministry of Foreign Affairs and secretary Bharat Raj Paudyal, the visit of the foreign secretary of India set a new tone in the relations between the two countries.

Even political leaders including prime minister K.P. Sharma Oli and main opposition leader Sher Bahadur Deuba, who passed the new map in haste last time, came with different tones stressing the need to have a dialogue to settle all the bilateral problems.

As they have already passed the map including a disputed portion of territory, their recent tone for dialogue has no meaning. Bypassing the map unilaterally and issuing officially, Nepal has closed the door. The question now is will they amend the map again in case of the settlement?

In 2015, Nepal promulgated the new constitution in haste discarding the request of India. This created distrust between the two neighbors.

Although the visit of Indian Army Chief General Manoj Mukund Naravane, had helped to ease some misunderstanding between the two countries, foreign secretary Harsh Vardhan Shringla has further opened a new link to Nepal.

Foreign Secretary of India Shringla said that people to people linkages between India and Nepal are so powerful that people in the government only complement these.

Delivering a distinguished lecture at a program organized by the Asian Institute of Diplomacy and International Affairs (AIDA) in Kathmandu, Foreign Secretary Harsh Vardhan Shringla laid out the foundational multi-dimensional strength of the ties between the two countries and the vision for taking it forward. 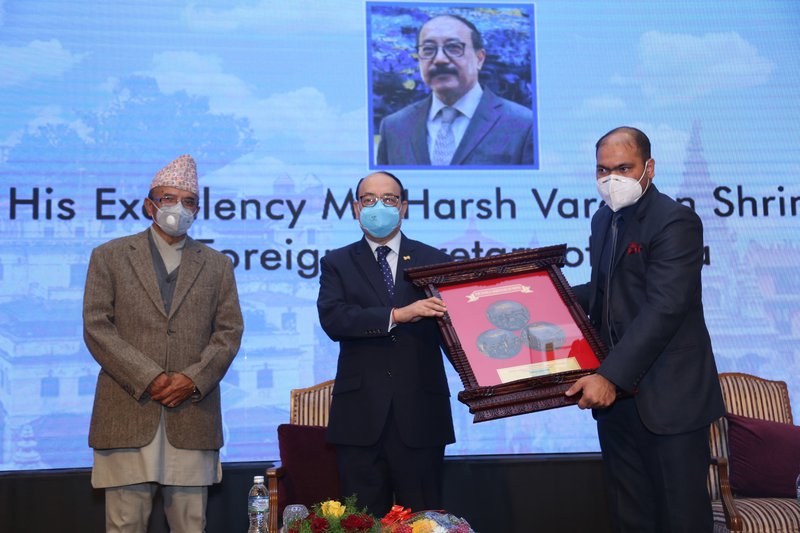 “The people-to-people linkages are so strong and so powerful that quite frankly we in government only complement these,” he said while addressing a limited gathering of leading civil society members on India-Nepal relations at an event hosted by AIDIA

According to him, the relations between the two neighbors rest on four pillars - development cooperation, stronger connectivity, expanded infrastructure and economic projects, and easier and enhanced access to educational opportunities in India for the young people of Nepal. 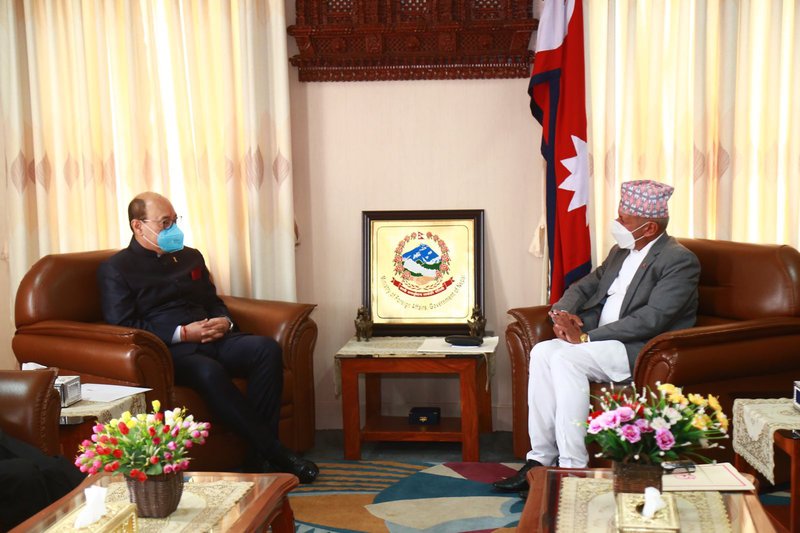 Thriving in a common civilization, Nepal and India share common religion and colure. “Given our genetic profiles, what works for India is likely to work for Nepal as well. Together we will recover from the pandemic and together we will protect our people,” he said. 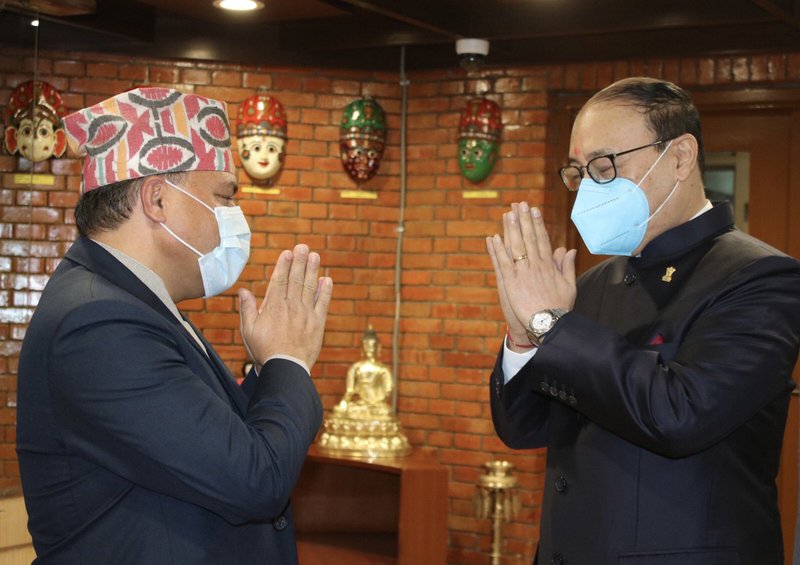 Visiting the places like Gorkha, the Kingdom of the founder of Nepal Prithvi Narayan Shaha and inaugurating the monastery in Manang and speaking in the Nepali language in all the places, the foreign secretary has made efforts to revive India’s deep connection with Nepal. However, given the present set of rulers without any conviction on Nepal’s civilization, culture and history, there is the need for a long march.

Indian Foreign secretary conveyed enough of a message to Nepal with his sober and soft tone. However, it remains to be seen how Nepal’s current political leadership including the ruling NCP and Opposition Nepali Congress who have been exploiting civilization-based Nepal-India relations for individual gain and loss handle the new scenario.