Chandra Prasad Dhakal, newly elected senior vice president of Federation Nepalese Chamber of Commerce and Industry (FNCCI), has stood firm on his election commitment and vision for all its members to work together 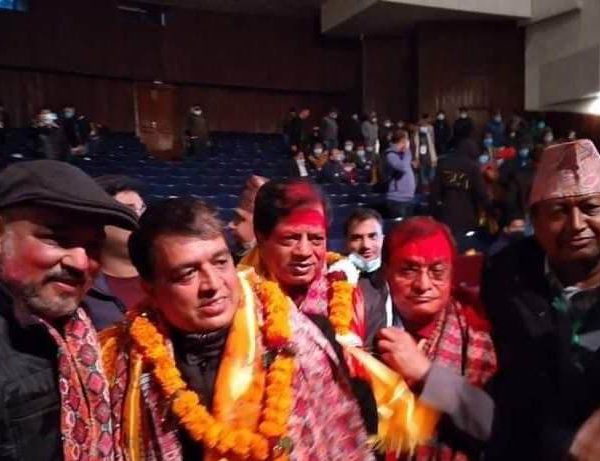 Delivering his first public statement, following formal assumption of office, newly elected senior vice president of FNCCI Dhakal, who followed a soft and reconciliatory tone during the whole election period, has set the same tone urging his colleagues to come together to help each other to be successful themselves. 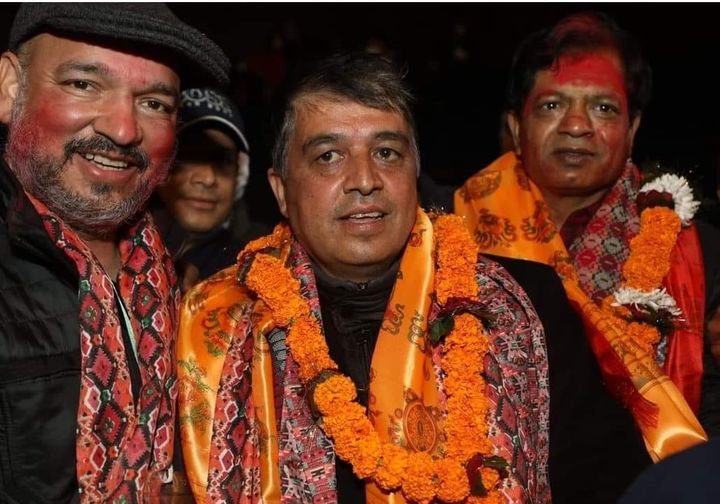 “Now the election is over as our competition and confrontation. The time now is to help each other to make FNCCI a strong and efficient organization to raise the issue faced by business and industrial sectors amid COVID-19 Pandemic,” said senior VP Dhakal, while calling all colleagues to come together “to protect and promote the interest of business and industrial community.”

As a Chinese philosopher, Confucius said helping others to establish themselves is a mantra for someone to establish himself as well. Although he defeated a rival supported by a big powerful establishment faction, Dhakal has sent a gesture of friendship to those who have lost the elections showing that helping them to succeed in the future will help him to be successful.

“Now on, we are colleagues and there is no more enmity among us. Our common goal is to support and rescue business and industrial sector,” stressed Dhakal, who is widely popular at the base of FNCCI.

At a time when the COVID-19 Pandemic has badly affected business enterprises and industries, particularly small and medium, the newly elected team led by president Shekhar Golchha and senior vice president Dhaka has to face a mammoth task.

For president Golchha, senior Vice President Dhakal is going to be a big asset given his wider contact, punctuality, hard work and strategic mind. As Confucius suggested, the first thing a leader would not take a commander who fights a tiger with his bare hands or crosses the river without a boat. Confucius said that he wants somebody who approaches difficulties with caution and who chose to succeed by strategy.

Senior Vice President Dhakal always approaches difficulties with caution and chooses to succeed by strategy. His business success from a small cold store up to Nepal’s largest recreation industry to leading Global-IME Bank shows how he succeeds by strategy. Having worked in the same team for a long time, President Golchha is well aware of Dhakal’s capacity and capability. 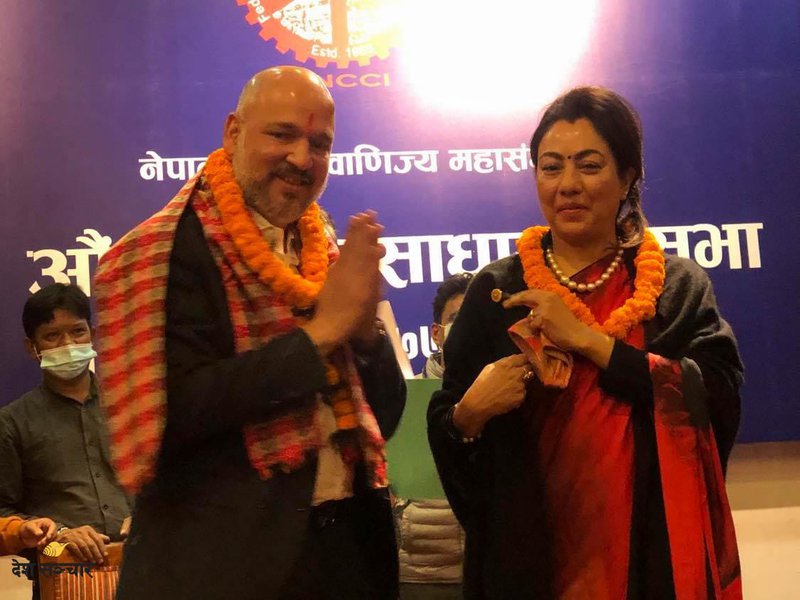 Senior Vice-President of the FNCCI Dhakal has assured that the newly elected executive committee of the federation will work united and also urged all the members to work together putting aside the election results.

Responding to the media, Dhakal said that the panel formed during the election has been dismissed and now all the FNCCI members have to work as one team.

“Now that the election has been completed we should not keep focusing on who won and who lost the election,” he said, adding, “I believe all of us will be working together for the betterment of the organization and the concerned stakeholders.”

The victory of Dhakal is a historical power shift in FNCCI. He is not only the first outsider of the traditional industrial group of Nepal but also the first commoner industrialist to reach that height within FNCCI.

For Shekhar Golchha and Golchha Group of Industries, this is a long due dream in the sense that it took them decades to lead the apex organization. Although late Diwakar Golchha had made efforts to be president of FNCCI, he failed to achieve that.

Having walked very carefully and strategically, junior Golchha, a highly qualified and soft-spoken person, has fulfilled an aspiration of the Golchha group, one of the largest and oldest industrial houses of Nepal.

As per the rule, Golchha has become the 19th president while Dhakal will be the 20th president of the biggest umbrella organization of the private sector in the country. Under this provision, Bhavani Rana handed over the presidency to Golchha.

As the senior vice president of the organization gets automatically elevated to the post of FNCCI president, Golchha took over the leadership of the FNCCI from 23 November from outgoing FNCCI President Rana, the first woman to lead the apex business organization.

New FNCCI President Golchha said that he was confident of the new executive committee dedicating itself for the benefit of the federation as well as the overall private sector by forgetting all election-related grudges and misunderstanding, if there were any.

“I do not need to repeat here that we are united now even if there were any panels and factions until the election. We have understood the importance of unity,” said new FNCCI President Golchha. “I cannot implement all of my plans and strategies alone. Our executive committee will now unite for the implementation of those plans,” he added.

According to Golchha, the strategic paper incorporates immediate, medium-term and long term reform plans that the government and private sector can implement for various sectors to build a sustainable, robust and resilient economy

With the COVID-19 epidemic and lockdown, the business and industrial sector have been badly shaken. According to a study, large numbers of industries and business organizations have been fully or partially shut down and there is a long way for their recovery. For this, they need stimulus financial packages.

Given such a bleak scenario, the newly elected office bearers have no time to take rest. The newly elected central committee members of the Federation of Nepalese Chambers of Commerce and Industry (FNCCI), in a meeting with Finance Minister Bishnu Prasad Paudel, urged the government to fully implement the measures unveiled in the monetary policy.

“To help the small enterprises in their recovery plan, there is a need to enforce targeted special stimulus packages,” an FNCCI press statement quoted FNCCI President Shekhar Golchha as saying.

According to the FNCCI, the umbrella organization has also stepped up its efforts to prepare a ‘vision document’ with support of the international organizations. The document is set to pinpoint the short-term, medium-term and long-term goals for the country.

Elected with a promise to help industries and business, senior vice president Dhakal also stressed the need to implement recovery packages. “We are preparing packages by incorporating the successful models of various countries,” said Dhakal.

FNCCI will prepare an investigative report on the impacts of COVID on businesses and industries and will come up with recommendations for the economic recovery of the country. The federation said although the budget and monetary policy have tried to address the recommendations forwarded by the private sector the relief measures have hardly been implemented at the local level.

The 54th General Assembly and Election has elected a new executive committee including a senior vice president and three vice presidents.

Dhakal was able to secure a total of 54.23 percent of the total votes cast by securing 12.04 percent votes in the commodity, 24.76 percent in industry/commerce, and 17.4 percent in the associate group.

As Confucius says in conducting yourself in business, combine firmness with tact; in dealing with people, combine kindness with principle. Forget the favor you did for others, but forget not your own faults. Remember the favors you received, but remember not the injuries others did to you.

Senior Vice President Dhakal, who will lead FNCCI after three years, is helping president Golchha to make FNCCI a strong and efficient organization to address the challenges.