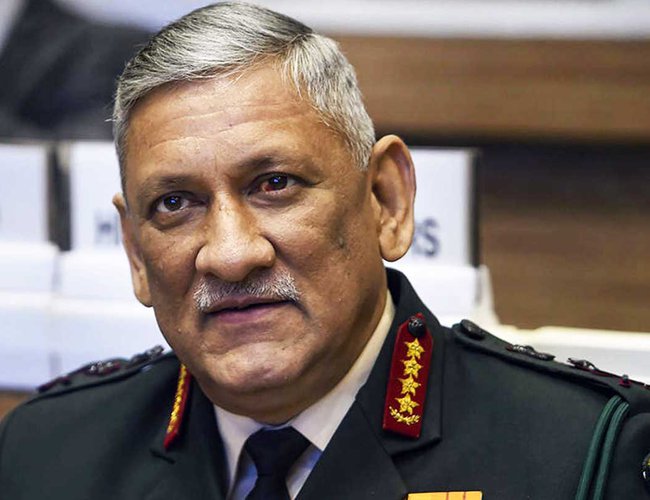 General Rawat, who also served in Gorkha Regiment, said that Nepal needs to strengthen its relations with India because of its geography, religious and civilization closeness.

General Rawat also defended Nepal India Friendship Treaty 1950 and the current Gorkha Recruitment treaty between Nepal and India saying they are still relevant as it was in the past. The treaties also guide the relations between the two countries.

“In the present day, Nepal is also opening up other nations including China based on its independent foreign policy. Nepal is free to exercise her choices in international affairs. But it should be vigilant and learn from some cases of Sri Lanka and other nations that have also signed agreements with other international countries in the region,” said Rawat

“It is necessary to further strengthen the existing relationship between Nepal and India for the peace and prosperity of the people of both countries who are already inseparable in every way life,” said

“Land of Nepal borders with India and China a rarely comparable. The critical fact is the geographical terrain. The northern front with China is obstructed by the Himalayas while the southern periphery opens into the Indo Genetic plains of India. Topography between India and Nepal is an ecological continuity rather than demarcation as resulted in a history of social-cultural continuity,” said General Rawat.

“We have also wide-ranging relations in the defense sector. India has been supporting the modernization of the army, military training, exercises,” said General Rawat.

Addressing the webinar, former ambassador Dr. Sambhuram Simkhada said that Nepal needs to address the security concern of India. He highlighted the cultural, civilization and religious relations between the two countries.