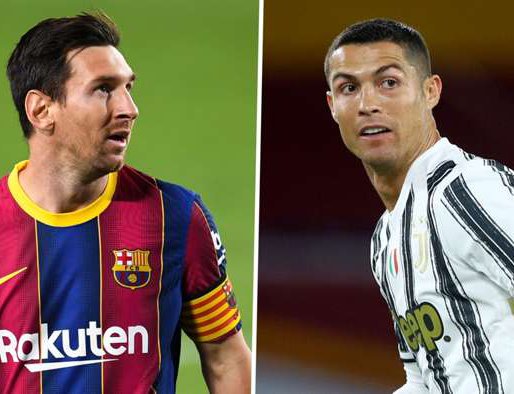 Lewandowski picked up the annual individual prize in Zurich after being recognised by the majority of fans, journalists, national team coaches and captains for his outstanding 2019-20 season at Bayern Munich.

The Polish striker scored a staggering 55 goals in 47 appearances across all competitions last term, firing Hansi Flick's side to an unprecedented Bundesliga, DFB Cup and Champions League treble in the process.

He beat off competition from Messi and Ronaldo in the final three-man shortlist, with the former denied his second FIFA gong and the latter missing out on a record-extending third win.

Football's main international governing body has now made the final votes public, giving supporters the chance to find out who their favourite players picked before the ceremony on Thursday.

Juventus talisman Ronaldo, who helped the club win a ninth successive Serie A crown last season, included Lewandowski, Messi and Kylian Mbappe in his final three, but was surprisingly not among his long-time rival's final choices.

Messi backed former Barca team-mate Neymar to win the accolade and put Mbappe in at second before giving a nod to Lewandowski, having seen both men inspire Paris Saint-Germain to their first-ever Champions League final.

The Argentine's decision to include two PSG stars is likely to raise a few eyebrows though, given the fact he has been heavily linked with a move to Parc des Princes next year.

Neymar expressed a desire to reunite with Messi in France at the start of the month, telling ESPN: "What I want the most is to enjoy playing with him again. He can play in my role, it wouldn't be a problem with me! For sure, next year we have to do it."

The 33-year-old pushed for a transfer away from Camp Nou in the summer only to perform a U-turn over his future amid the threat of a legal dispute, but his current contract is still set to expire at the end of the season.

Manchester City and Inter have been tipped to compete with PSG for Messi in the transfer market, having heard the six-time Ballon d'Or winner openly express his desire to leave Camp Nou during an exclusive interview with Goal back in September.

Tiger Woods Seriously Injured In A Car Accident By Agencies 2 days, 21 hours ago