Hotel Annapurna Shut Down Due To Effect Of COVID-19

Hotel Annapurna Shut Down Due To Effect Of COVID-19 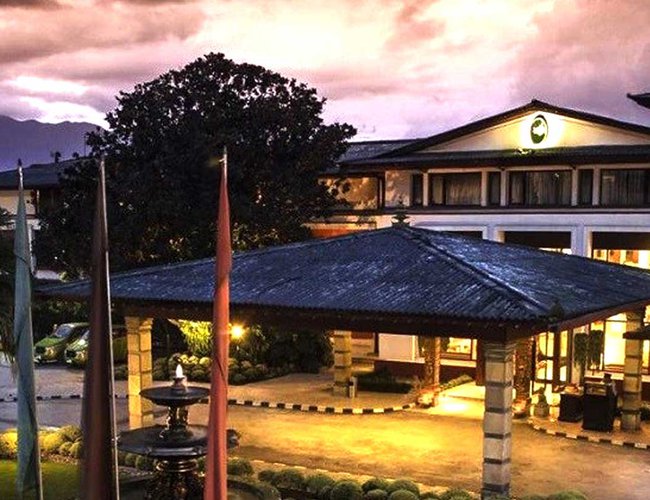 Closure following lockdown of COVID-19 crisis, Hotel Annapurna, oldest five stat hotel of Nepal, is going to shutdown due to the financial crisis. According to sources, the Hotel Management has decided to shut down the hotel as it has not able to afford employees expense.

Following the lockdown announced by the government in March due to the COVID-19 pandemic, hotels have been suffering badly. The shutdown of Hotel Annapuna is the begning.

“Many hotels in Thamel area have already been closed down and some more big hotels will close down like during the Maoist insurgency in 2005/06 given the uncertainty over revival of tourism industry,” said a hotelier on condition of annonimity.

With decline of tourists arrival, the hotel cannot afford the expenses of the employees any more. During the last nine months, the hotel has not earned anything. As there is no regular income to pay staff salary, the management has reportedly decided to lay off all the staffers and close the hotel.

The hotel has reportedly asked all the employees to tender their resignations and clear their accounts. Following the notice of hotel management some of the staffers have already resigned. The management has asked employees to resign and clear our accounts.”

Out of 300 hundred staffs, more than 50 staffs reportedly tendered heir resignation and the management has already cleared the due.

Shreejana Rana, executive director of the hotel, told The Himalayan Times that the hotel has been facing losses for the last nine months and there is no hope to recover the losses any time soon.

“There is no chance of any tourist coming during this pandemic and the hotel cannot keep bearing expenses and accrue losses. Thus, we have asked the staffers to resign,” she told to daily.

Rana further said that the hotel might be closed temporally.

Since the hotel will not be in operation for a certain time, the management team will use that period to come up with new ideas to resume operations in the future. However, for now the hotel will remain closed.

Hotel Association Nepal (HAN) has stated that it is trying to sign an agreement with the workers’ union regarding layoffs as most of the hotels are unable to pay wages at the moment.

Jazeera Airlines To Operate First Flight To GIBA On May 16 By NEW SPOTLIGHT ONLINE 2 weeks, 4 days ago

Nagarkot Is Famously Known For Its Loveliness, Amazing View And laid-back Feeling By Fanny Jonckeau 2 months ago