The EU's parting from the UK was "such sweet sorrow," said Ursula von der Leyen, using a Shakespeare quote in an emotional speech. 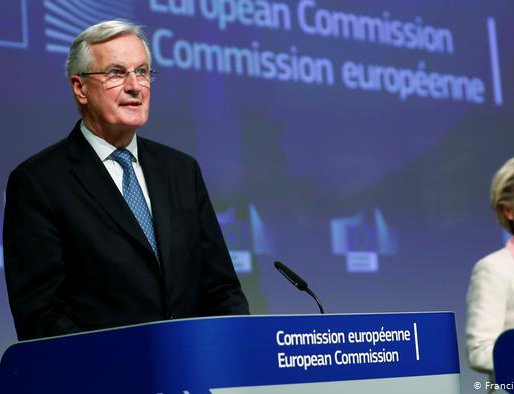 The United Kingdom and the European Union have agreed to a post-Brexit free trade deal, sealing the UK's exit from the bloc, the UK government and EU announced on Thursday.

EU Commission chief Ursula von der Leyen said at a press conference on Thursday that: "It was a long and winding road, but we have a good deal to show for it."

The UK Prime Minister Boris Johnson tweeted an image of himself in front of a British flag with his thumbs up. The picture was accompanied by the text: "The deal is done."

The deal is "the biggest bilateral trade deal signed by either side, covering trade worth €747 billion (£668 billion, $909 billion) in 2019," according to a British source.

The deal concludes talks on future terms of trade and competition that took place during the 11-month transition period that began when Britain formally left the EU on January 31.

By reaching a deal, the EU and UK have avoided resorting to potentially damaging World Trade Organization trading terms.

What do we know about the deal?

The text of the deal, said to be some 2,000 pages long, has yet to be released. However, leaders referred to various aspects of the deal in Thursday's press conference.

Britain claimed the deal protected its goals of regaining control of its money, borders, laws and fishing waters. Following the end of the transition period, the UK will no longer be under the jurisdiction of the European Court of Justice.

Von der Leyen said it protects the EU's single market and contains safeguards to ensure Britain does not unfairly undercut the bloc's standards.

What about EU fishing rights?

On the key sticking point of fisheries,the EU is giving up a quarter of the quota it catches in UK waters. This is far less than the 80% Britain initially demanded. The system will be in place for 5.5 years, after which the quotas will be reassessed.

UK government would support fishing communities with £100 million (€111 million, $135 million) investment boost to modernize fishing industries. "We will be able to catch and eat prodigious amounts of fish," Johnson said.

The French politician and chief Brexit negotiator Michel Barnier said that the EU "will be alongside European fishermen to support them," and promised that the deal provides " a basis for reciprocal access to water and resources, with a new distribution of quotas and fishing opportunities."

What was agreed on trade?

Barnier said that: "there will be some real changes ahead from January 1 for a lot of citizens and a lot of businesses. That is the consequence of Brexit."

There will be free trade without tariffs between the UK and the EU. A new set of rules named "the level playing field," will "be the mark for the EU for all agreements regarding free trade," Barnier told the press conference.

Which areas of cooperation are set to survive Brexit?

Von der Leyen said that the UK and the EU will continue cooperating on areas of mutual interest, naming climate, energy, security and intelligence and transport.

Johnson said that the deal protects police cooperation and shared intelligence. Both politicians, however, stayed notably vague on details. The UK prime minister said was "absolutely confident this is a deal that protects our police cooperation, that protects our ability to catch criminals and share intelligence across the European continent in a way that we have done for many years. 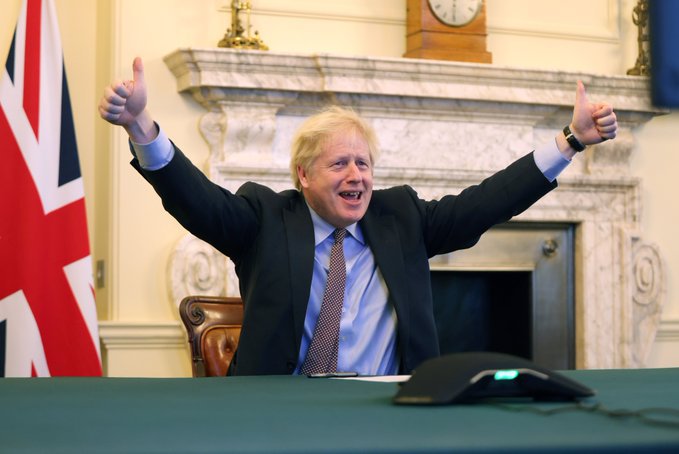 "It emerged the UK would no longer participate in the Erasmus program that enables EU university students to spend time at a different European university and practice language skills.

Johnson said the UK plans on replacing Erasmus with a Turing program, named after mathematician Alan Turing, where students will be able to spend time at universities around the world.

What did EU leaders say?

Von der Leyen said she felt "relief" after long and exhausting negotiations. She added that "parting is such sweet sorrow" — a line from the Shakespeare play Romeo and Juliet.

She quoted the American-British poet T.S Eliot: "What we call the beginning is often the end and to make an end is to make a beginning."

"It is time to leave Brexit behind, our future is made in Europe," she said in closing.

Michel Barnier, the EU's chief negotiator said "the clock is no longer ticking" — a reversal of his warning in August after a round of trade talks left the two sides exasperated.

He said he regrets that the agreement reached on free movement was not a reflection of historically close ties.

What did the UK say?

He recast Britain as "an independent coastal state."

"We've taken back control of our laws and our destiny," said Johnson, adding that the UK would now be"unfettered."

He said the EU was "a very noble enterprise" but that the UK had always had a difficult relationship with the bloc.

Under the new deal, the UK had now become the EU's "flying buttress," an architectural metaphor to describe a structure of stone, built against a wall to strengthen or support it.

"This deal expresses what the people of the country wanted in 2016," he added.

On trade and business, Johnson said: "It will not be a bad thing" for the EU to have "a prosperous dynamic and contented UK on your doorstep."

Johnson dismissed a reporter's question about the UK following the EU rules on tax, worker's rights and tariffs, and on London accepting the "level playing field" with the EU that it had long resisted.

German Chancellor Angela Merkel said reaching the deal was of "historic importance" and that she was "very confident" it was a good outcome.

French President Emmanuel Macron thanked Barnier in a tweet for "his tenacity and commitment to defending the interests of Europeans."

"European solidarity has shown its strength," he added.

The next step for Britain is a parliamentary debate and vote on implementing the trade deal. This will take place on December 30.

The UK's Labour party, the main opposition force in the UK parliament, is expected to endorse the deal. Labour leader Keir Starmer said it was in the national interest to do so given given the massive disruption likely to be caused by no deal.

EU Delegation Refutes News By A Correspondent 10 months ago