Gita Jayanti 2020: Significance And Importance Of This Special Festival

Gita Jayanti 2020: Significance And Importance Of This Special Festival 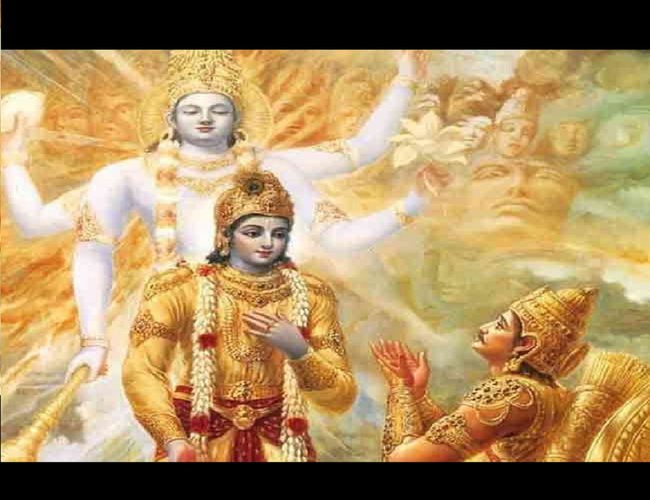 Gita Jayanti 2020: Observed in the Shukla Ekadashi of Margashirsha month in the Hindu calendar, Gita Jayanti holds an important significance and is considered as one of the most important days in Hinduism.

One of the most sacred days in Hindusim, Gita Jayanti, will be observed across the country on Friday. Celebrated on the auspicious day of Shukla Ekadashi of Margashirsha month in the Hindu calendar, Gita Jayanti is celebrated to mark the birth anniversary of the sacred text of Hindus, the Bhagavad Gita.

Bhagavad Gita was revealed to Arjun by Lord Krishna -- the eighth incarnation of Lord Vishnu -- during the war of Mahabharat in Kurukshetra. Therefore on this auspicious day, devotees observe a "Vaikuntha Ekadashi" fast to seek Lord Vishnu's blessings so that they can get salvation (Moksha).

Gita Jayanti is observed on the Shukla Ekadashi of Margashirsha month. This year, the auspicious day will be observed on December 25. Notably, December 25 is also the day when the whole world will celebrate Christmas.

What is the puja vidhi for Gita Jayanti?

On this auspicious day, devotees wake up before sunrise and take a bath. Wearing clean and new clothes is considered auspicious on this day and devotees also sprinkle gangajal in their house to spread positive vibes.

A wooden chowki, covered with red and yellow clothes, is placed by the devotees in their puja room and status of Lord Krishna is placed on it. After this, the devotees light an oil lamp and offer kumkum, Haldi and Chandan to Lord Krishna. Bhagavad Gita is also placed near Lord Krishna's status during the puja and aarti is conducted to seek his blessings.

"You should never disclose this science to one devoid of austerities, nor to one who is not devoted, nor to one adverse to spiritual advancement and never anyone who is envious of me," reads a quote of Lord Krishna from Bhagavad Gita.