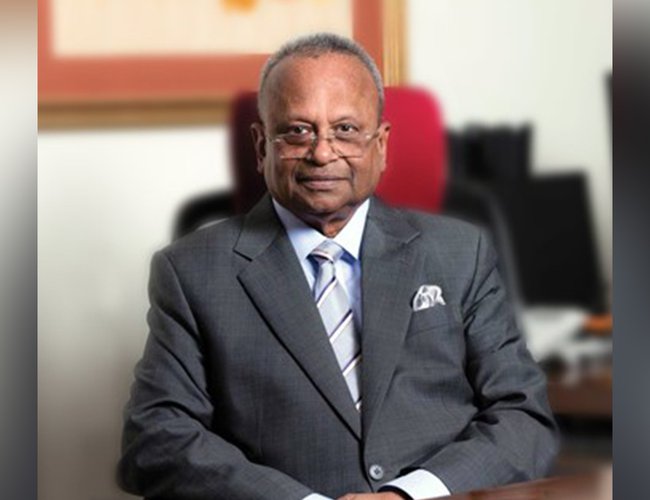 Working quietly promoting Nepalese industries and contributing to Nepal’s treasury by paying the tax, Vijaya Kumar Shah, chairman of Jawalakhel Group of Industries, has rarely boasted about his contributions.

Running one of the most transparent industries in the country, Shah has made his name and fame in the industrial sector. His contribution to the nation has proven his worth.

Industrialist Shah’s group of industry is also helping to reduce the import of foreign made beverages producing high quality beverages in the country.

CNI has felicitated Shah and other business persons for their contributions to the nation as largest tax payers to the country.

At a time when a number of alcohol and beverage companies are coming in the market amid growing completion from imported beer and beverage, Shah, a renowned industrialist, has not only fairly and transparently been paying taxes to the country but is maintaining the quality of his products.

For paying the highest income tax among the individual taxpayers in FY 2018/019, Jawalakhel Group of Industries’ Chairman Vijay Kumar Shah has received the government accolades.

Although the COVID-19 has badly shaken the industrial sector, Jawalakhel Group of Industries, a business conglomerate managing multiple companies that manufacture and distribute alcoholic beverages, has been able to maintain its production and place its chairman on top of the income tax paying individuals in FY 2018/19.

Amid a program, Shah was felicitated by Finance Minister Bishnu Prasad Paudel as the largest individual tax payer for fiscal year 2018/19 on behalf of the Government of Nepal.

Surya Nepal Pvt Ltd has become the biggest income tax payer of the country for fiscal year 2018/19. Finance Minister Bishnu Prasad Paudel felicitated the Indo-Nepal-UK joint venture along with 14 other taxpayers for paying highest income taxes to the country amid a ceremony to mark the 9th National Tax Day.

Bangladesh Is Ready To Buy Electricity Generated In Nepal: Ambassador Chowdhury By Agencies 18 hours, 8 minutes ago