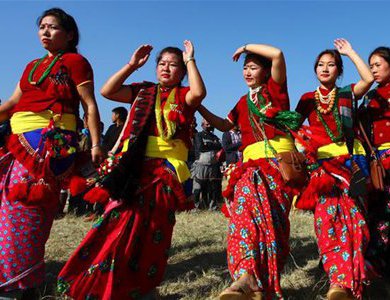 Different ethnic communities across Nepal are celebrating different festivals today, coinciding with the full moon day of the month of Mangsir as per the lunar calendar.

Dhanya Purnima is a Hindu festival celebrated to mark the conclusion of the rice harvest season across the country. Hindus celebrate the festival by stocking new grain and making offerings to god and goddesses to ensure plentiful supply of grains throughout the year.

Udhauli Parva falls during harvesting season. This festival is mainly celebrated by Kirant community like Rai, Limbu, Yakkha and Sunuwar of Kathmandu Valley and other parts of the country. The literal meaning of “udhauli” is going down. During winter, the birds and animals in upper hills migrate to lower lands. It is from this process that the nature-loving community got the festival’s name — Udhauli. It is believed that from this day, the winter season starts.

In this festival, Kirant people worship land or mother nature which is called Bhumi Puja. They worship mother nature thanking for giving good crops. Udhauli Parva is celebrated with lots of excitement and fanfare. Kirant women wear dress especially made of patterned cloth called Chhit ko Guneu. There is a special kind of dance known as Sakela, playing various musical instruments like dhol, jhyamta, et cetera during this festival.

According to the Kirant mythology, Paruhang who used to live in heaven, saw a beautiful girl Sumnima on Earth. He fell in love with Sumnima and married her. They had four children. But later Paruhang left Sumnima in a hut on the bank of Dudhkoshi River and did not return for a long time. One day, while searching for food, Sumnima saw a creeper on a stone. She tasted the creeper and found out that it was full of power and happiness. She took the creeper with her and made a buti, an intoxicating religious garland out of it. She kept it safely. The buti inspired everybody, who saw it, to tell the truth of their life. One day, Paruhang returned suddenly. Sumnima gave the buti to Paruhang which made him tell what he had done all those days.

So, Sumnima came to know how Paruhang had spent the time looking at the heaven and Earth from the top of Chomolongma (Mount Everest). He told her that he had meditated, and visited the whole universe. Paruhang promised not to leave her, which made Sumnima dance with joy. It is believed the dance is the Sakela Dance. So there is also a tradition of young boys and girls participating in Sakela Dance to meet each other and find love.

Yomari Punhi is a Newari festival marking the end of the rice harvest. Yomari is a type of Newari food and Punhi means full moon. In the festival, goddess Annapurna, god of grains and food is worshipped to thank the goddess for good rice harvesting. People believe that it will bring wealth, health and prosperity throughout the year. It is the time when farmers finish harvesting and it is the post-harvest celebration. 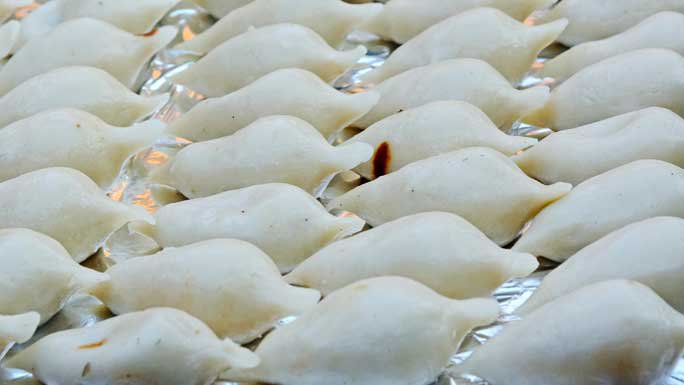 Yomari is the Newari food made of rice flour, molasses (chaku) and sesame seeds. It is the main food item during the festival. Different shapes of Yomaris are prepared in the form of gods and goddesses like Ganesh, Kumar, Laxmi and Kuber. Yamori is compared with the Earth. Two sides of Yomari are assumed as North and South pole. The stuffing of molasses and sesame seeds is regarded as Goddess Mahamaya. Sometimes, meat is also stuffed in Yomari, which is assumed as lord Ganesh. The Yomari with black lentil is regarded as God Kumar. This festival is celebrated by making, eating and distributing Yomaris. The festival is celebrated for four days. People worship god Kuber, Ganesh and goddess Subhadra in these four days. Yomari is eaten as prasad and it is believed that those gods enter the human body in the form of Yomari.

In this festival, children gather in groups and go to their neighbourhood asking for Yomari. People distribute Yomaris and rice to those children. On this day, sacred masked dances are also performed in the villages of Hari Shidhi at Thecho at the southern end of Kathmandu Valley. A big celebration is observed at night in Dhaneshwar Mahadev temple in Banepa.