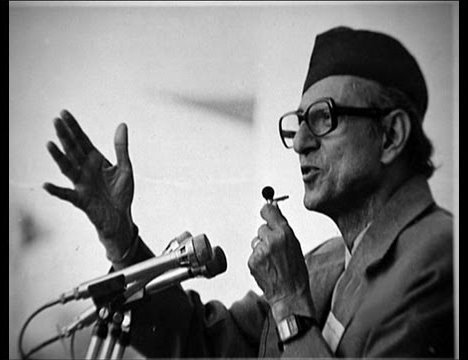 Today, our country is in a national crisis. All have realized that this crisis is getting heightened since the last few years. As a result, the very national identity has been endangered. Others have also admitted this. All including the King have from time to time referred to the danger posed to national identity. We are returning to home after realizing this grave reality. We think that the lack of national unity is a major factor for such a national crisis as a result of which foreign elements have started to become successful in playing their dirty games and making Nepal a center of international conspiracy. National unity can be achieved only through a collective campaign and efforts of all Nepali people. Such a collective campaign does also lay the grounds for the institutional base for the emotional unity of the Nepali people. If the sloganeering alone could do this, the national unity would not have suffered so much nor our country would have landed in such a miserable condition in the last sixteen years. Today, there is selfishness, communalism, individualistic practices and the tendency to have external-tilt is rampant in the country. In such circumstances nationalism becomes the first casualty.

Till yesterday, our struggle was confined to the attainment of the people’s democratic rights. That’s why, we emphasized more on the democratic side. Today, there is a new dimension added to it. A dual responsibility has befallen the Nepali Congress. This second responsibility is, safeguarding the national identity. We have visualized two fold faces of today’s Nepal: Nationalism and Democracy.

It means the Nepali people should take the responsibility of restoring democracy as well as safeguarding the nation. If we talk of only one responsibility we will be following the wrong track by being one-sided. And, if we emphasized only on the restoration of democracy, we will not be contributing to addressing this national crisis. Moreover, we may even fall into the trap of the foreigners by such one-sided action. Similarly, if we talk of the nationalism only, we will be repeating the same 16-years-old hollow slogans of nationalism, and will be siding with the authoritarianism. Such a hollow slogan of nationalism cannot generate an internal willpower in the countrymen to safeguard the nation. Therefore, we need now to understand that the national unity can be built on the foundation of democracy only. And the foundation of the democracy can be cemented by the economic development and the just economic system. Therefore we feel that nationalism, democracy and economic development are interdependent on each other.

It is well known that the Nepali Congress has taken historical and serious decisions from time to time in the national interest. The decision to wage the 1951 revolution and its executions are some examples. After finding that there was conspiracy to put off the elections forever, it took the leadership of national campaign for the holding of the elections. We received the cooperation from various parties in that campaign. Nepali Congress launched the resistance movement for democracy after the cruel and the fatal blow dealt to democracy in 1960. And today, we have taken this historical decision seeing the crisis the nation is facing. This is in accordance with the tradition of the Nepali Congress.

In the history of every nation there comes such moment when its people have to risk their lives to safeguard the national identity. We think, such a moment has come in Nepal today. Our well-wishers had advised us not to return Nepal seeing the dangers involved in it. We would like to tell them that we have taken this historical decision because the likely danger to our lives is nothing as compared to the danger to the nation. The workers of Nepali Congress have also shown the example of unprecedented courage and love towards nation by returning to the motherland following the party directives.