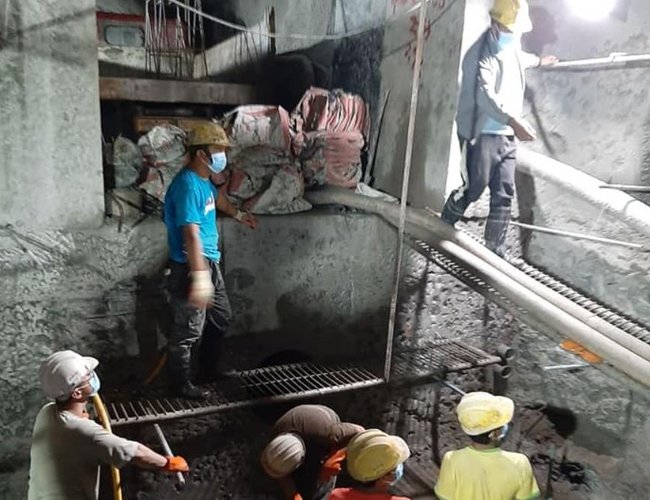 Drinking water from the national pride project, Melamchi is to reach the capital in coming mid-April reports RSS.

Though the project has seen 99 per cent completion some technical testing works remain to bring the project to fruition, said information officer at the Melamchi Drinking Water Development Committee, Rajendra Pant.

According to national news agency, the tunnel that takes water from Melamchi to Sundarijal before its distribution will be ready only after a report is given by a team of four German technicians currently doing the final evaluation of the project. It will take another two months of study and observation after the tunnels come into operation.

The two doors of the tunnel had suffered a problem when a test was carried out last August.

The malfunctions doors have been repaired. The head works in the source at Ambathan in Helambu has been completed by 90 per cent.

The remaining work includes a dam and a bridge, Pant said.

The 27-km tunnel, the most important and complex part of the project, was completed three years ago.

The project worth Rs 33 billion with Asian Development Bank loan assistance is expected to bring to the federal capital 170 million liters of water every day.

However, the project continues to suffer one problem after another, leading to a perennial delay. It is now nearing completion.

Meanwhile, the second phase of the project has also begun. The second phase will see another 170 million litres of water being supplied to Kathmandu.

Furthermore, the third phase will also draw out 170 million litres of water every day.

In total, the capital will receive 540 million liters of water every day from Melamchi.

Nepal Army Collects Over 30,000 KG Of Wastes From Major Mountains By Agencies 21 hours, 11 minutes ago