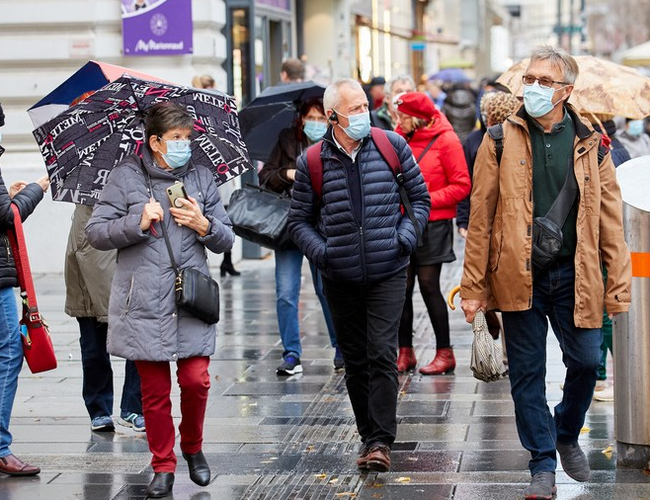 Confirmed COVID-19 cases worldwide have surpassed 85 million, with over 1.8 million fatalities and more than 48 million recoveries, according to the latest data from Johns Hopkins University (JHU).

Japan will consider issuing a new emergency declaration after officials in the Tokyo region urged action to tackle a record surge in cases.

The EU medicines watchdog said it could decide later on Monday whether to authorize Moderna's coronavirus vaccine, bringing forward the date from Wednesday.

The U.S. has recorded over 20 million cases with more than 353,000 deaths; three U.S. states have found the new variant of coronavirus.

"Ministry of Health of Israel has secured six million doses and first deliveries are expected to begin in January," Moderna said in a statement.

Moderna has received authorization for its COVID-19 vaccine in the United States and Canada and additional authorizations are currently under review in the European Union, Singapore, Switzerland and the United Kingdom.

Brazil has confirmed its first two cases of the new variant of coronavirus that was initially discovered in the United Kingdom, Sao Paulo state's health secretariat said on Monday.

One of the people infected was a 25-year-old woman from the city of Sao Paulo in contact with travelers who had been to Britain, according to a statement from the state government. The other patient was another Sao Paulo resident, a 34-year-old man who had contact with her.

New York State has confirmed its first case of the new variant of coronavirus that was initially discovered in the United Kingdom, Governor Andrew Cuomo said on Monday.

The U.K. variant has been identified in at least 19 countries. A separate variant is now spreading rapidly in South Africa. In the U.S., a 30-year-old man, also with no travel history, has tested positive for the U.K. strain in California.