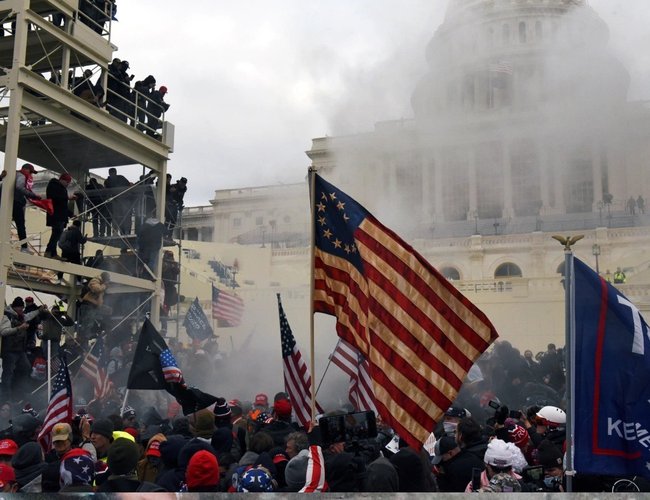 Angry supporters of President Donald Trump stormed the US Capitol on Wednesday in a chaotic protest aimed at thwarting a peaceful transfer of power, forcing lawmakers to be rushed from the building and interrupting challenges to Joe Biden’s Electoral College victory.

Trump issued a restrained call for peace well after the melee was underway but did not urge supporters to disperse. Earlier he had encouraged them to march to Capitol Hill. 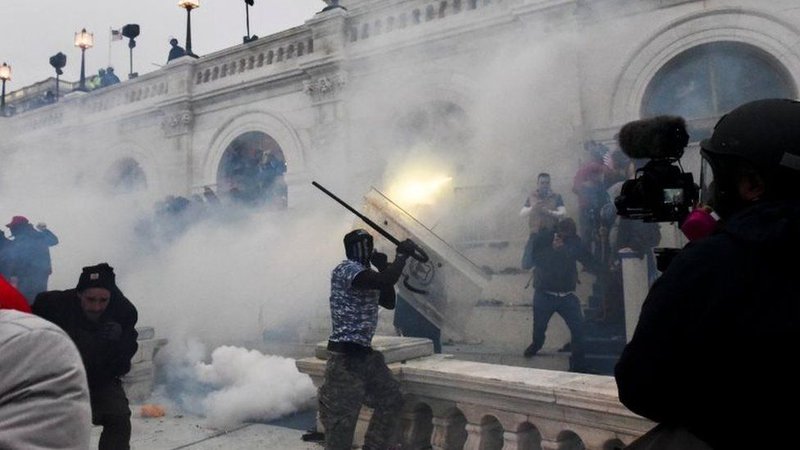 Wednesday’s ordinarily mundane procedure of Congress certifying a new president was always going to be extraordinary, with Republican supporters of Trump vowing to protest results of an election that they have baselessly insisted was reversed by fraud. But even the unusual deliberations, which included the Republican vice president and Senate majority leader defying Trump’s demands, were quickly overtaken.

In a raucous, out-of-control scene, protesters fought past police and breached the building, shouting and waving Trump and American flags as they marched through the halls.

One person was reported shot at the Capitol, according to a person familiar with the situation. That person’s condition was unknown.

Earlier on Wednesday, crowds gathered at the so-called “Save America March” wore Trump-approved red baseball caps and cheered as the outgoing Republican president repeated the groundless conspiracy theories that have consumed his final days in office.

“You don’t concede when there’s theft involved,” Trump said. “Our country has had enough and we will not take it any more.”

He aired his familiar grievances with the news media and Hillary Clinton, his former Democratic rival from the 2016 election, and delighted the crowd by calling Democratic victories the product of what he called “explosions of bulls***.”

Weeks have passed since the states completed certifying that Biden, a Democrat, won the election by 306 Electoral College votes to Trump’s 232, and Trump’s extraordinary challenges to Biden’s victory have floundered in courts across the country.

Congress was due to confirm Biden’s victory on Wednesday. Many of Trump’s fellow Republicans have promised a stonewalling effort that was almost certain to fail.