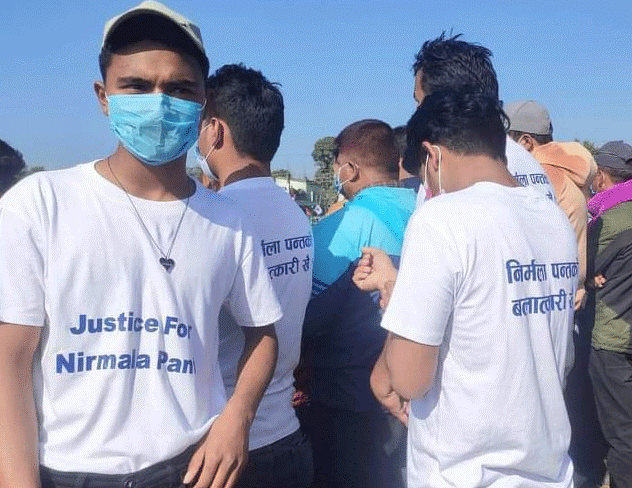 Police released youths who arrested at the mass gathering addressed by Prime Minister KP Sharma Oli, for donning T-shirts that read ‘Where is Nirmala Panta’s rapist?”.

According to the Kailali District Police Office, a few individuals that were present at the event with the slogan on their clothes were arrested. The office did not divulge further details.

Leader of main opposition party Sher Bahadur Deuba has demanded that those apprehended be freed immediately as the arrest of those demanding justice for the victim is against the spirit of democracy.