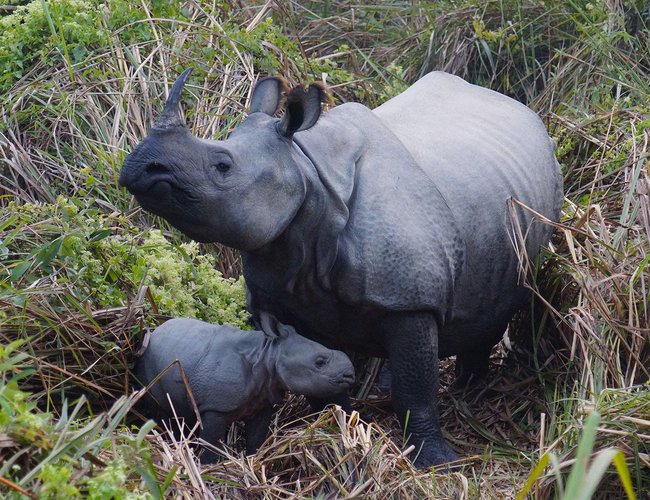 The number of one-horned rhinos in Bardiya National Park (BNP) has increased significantly to 36 after the locals also helped in the conservation of endangered species, according to the park officials reports The Rising Nepal.

According to Bishnu Shrestha, Chief Conservation Officer of BNP, the number of rhinos has increased with the support from every sector including locals for a decade.

He said rhino poaching in the park has dropped to zero during the last decade. At present, it is zero, which has helped a lot in rhino conservation.

In 2008, the number of rhinos in BNP dropped to 22. The number had dropped sharply after more than a dozen rhinos were poached in the Babai Valley's Parewa cave. Currently, there are six rhinos in Parewa cave, according to the park.

According to the 2020 census, the number of rhinos has increased to 36. The National Nature Conservation Fund has stated that the number of rare rhinos in BNP is increasing.