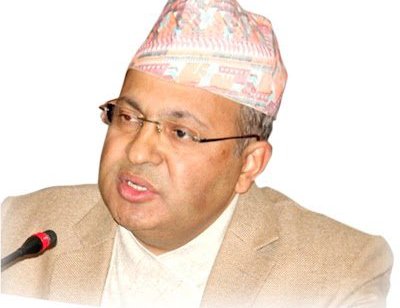 Regmi was appointed as the Ambassador of Nepal to the United Kingdom on the recommendation of the Council of Ministers and as per Article 282 of the Constitution, reads a press release issued by Assistant Spokesperson of the Office of the President, Keshav Prasad Ghimire.

Forbes Listed Five Nepalis In Forbes’ 30 Under 30 From Asia By Agencies 12 hours, 23 minutes ago

Department of Passport Continues To Open On Sunday By Agencies 16 hours, 50 minutes ago