India Hands Over One Million Covishield Vaccines To Nepal

India Hands Over One Million Covishield Vaccines To Nepal 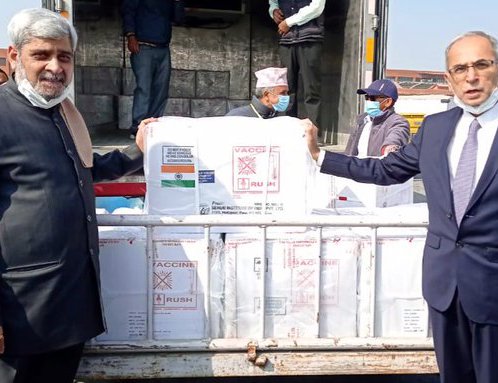 Ambassador of India to Nepal Vinay Mohan Kwatra handed over one million doses of COVID-19 vaccine called Covishield to Minister for Health and Population Hridayesh Tripathi amid a function today at Tribhuwan International Airport.

Minister of Health and Population Hridayesh Tripathi thanked the government of India for coming to save Nepal proving a million doses of the vaccine under a grant. He said India has shown its generosity towards the 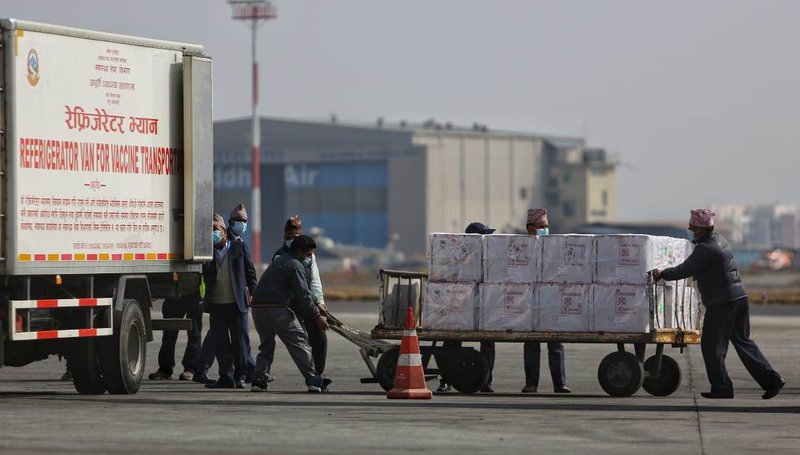 people of Nepal providing a million doses of vaccine to contribute to containing the virus.

In its tweet, the Embassy of India said 1 million doses of COVID19 vaccines arrived in the Flag of Nepal from the Flag of India today. A testimony to India’s abiding friendship and commitment towards the people of Nepal.

In a joint press meet organized on Wednesday, Minister for Health and Population Hridayesh Tripathi had informed that the vaccines would be administered to the front line health workers including doctors, nurses, and other supporting staff.

The government has prepared to provide COVID-19 vaccines to 72 percent of the total population. As all legal, financial, and technical works to import and use the vaccines have completed, preparations are being done to start administering the vaccines within seven days, the Ministry of Health and Population informed. 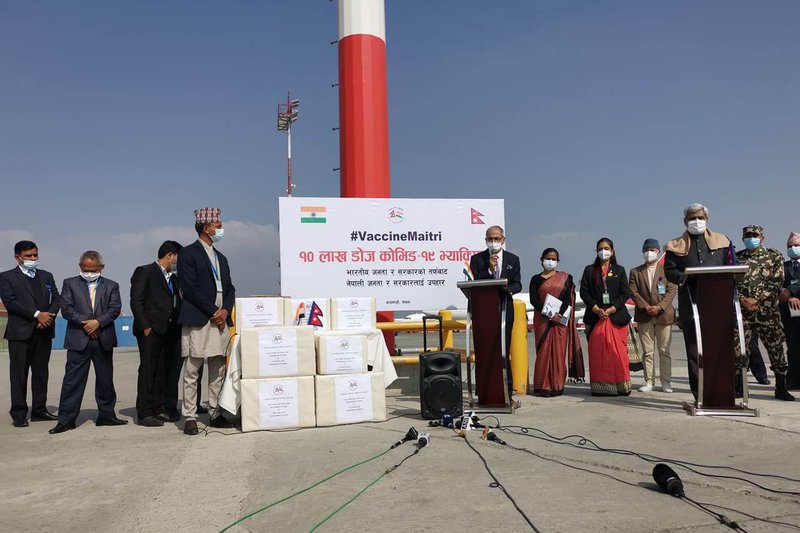