Nepal Is Committed To Protect Human Rights Of The People: Foreign Minister Gyawali

Nepal Is Committed To Protect Human Rights Of The People: Foreign Minister Gyawali 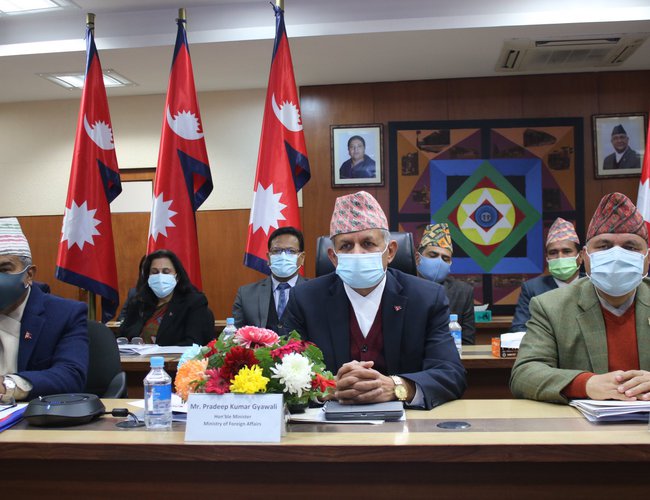 Minister for Foreign Affairs Pradeep Kumar Gyawali said that that Nepal believes in the universality, indivisibility, interdependence, interrelatedness, and mutually reinforcing nature of human rights, including the right to development.

He said that Nepal’s commitment to the promotion and protection of human rights is total and unequivocal, and underscored that the rule of law and human rights should be evenly operational at national, regional, and international levels.

Minister for Foreign Affairs Gyawali led the Nepali delegation to the third cycle of Universal Periodic Review of Nepal held during the 37th Session of the Human Rights Council UPR Working Group today.

Foreign Minister introduced Nepal's national report to the UPR Working Group and highlighted Nepal's efforts towards the promotion and protection of human rights, including the implementation of the recommendations accepted during the previous review.

The Foreign Minister mentioned that as a State Party to seven core human rights Conventions and six Optional Protocols; seven humanitarian Conventions, including the four Geneva Conventions of 1949; eleven ILO Conventions; and fourteen other international and two regional Conventions that have a direct bearing on human rights, Nepal strongly upholds the values enshrined in those Conventions.

Foreign Minister expressed that the Constitution of Nepal guarantees a wide array of civil, political, social, economic, and cultural rights akin to those provided in the human rights instruments. The Constitution of Nepal is founded on the value of equality, social justice, and non-discrimination, he added. He highlighted the comprehensive, transparent, and consultative legal reform process undertaken, both to implement Nepal’s human rights commitments and to drive the federalization process. 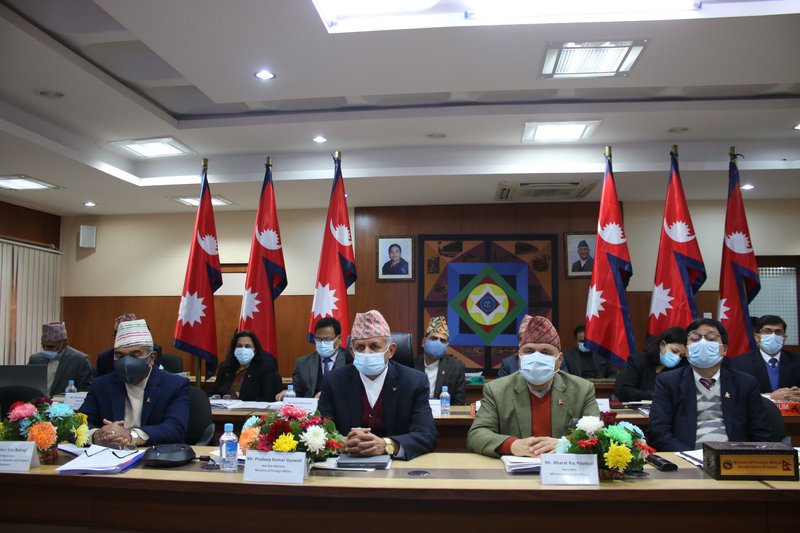 The Foreign Minister highlighted that in 2017, Nepal successfully held free, fair, transparent, and broad-based participatory elections at all three levels, embracing the principle of proportional and inclusive representation which made it possible to have women accounting for about 41 per cent of elected public offices. He further mentioned that the continuing efforts of the government in promoting gender equality and inclusiveness, combating violence against women, promoting rights of the child, ending caste-based discrimination, as well as promoting the rights of indigenous people, Dalits, minorities, and other marginalized communities.

The Foreign Minister underscored that Nepal’s peace process is guided by the Comprehensive Peace Accord, the directives of the Supreme Court, relevant international commitments, concerns of the victims, and the ground realities. The Government is steadfast that there would be no blanket amnesty in cases of serious violation of human rights.

In his concluding remarks, Hon. Minister thanked the delegates for their active and constructive engagement and assured the international community of the Government's commitment in devising robust plans, policies, and programmes with legal and institutional arrangements for the promotion and protection of human rights of all its people.

Delegates from 98 countries took part in the interactive dialogue providing their appreciations, comments, and recommendations.

The Nepali delegation comprised of the Chief Secretary of the Government of Nepal, Secretary at the Office of the Prime Minister and Council of Ministers, and the Secretaries of the Ministries of Foreign Affairs; Home Affairs; Law, Justice and Parliamentary Affairs; Health and Population; Women, Children, and Senior Citizens; Labour, Employment and Social Security; and Education, Science and Technology, including Nepal's Ambassador and Permanent Representative in Geneva, and other senior officials of the Government.

Nepali Cricketer Sandip Lamichhane To Surrender On Thursday In The Presence Of His Attorney Saroj Ghimire By NEW SPOTLIGHT ONLINE 1 day, 9 hours ago