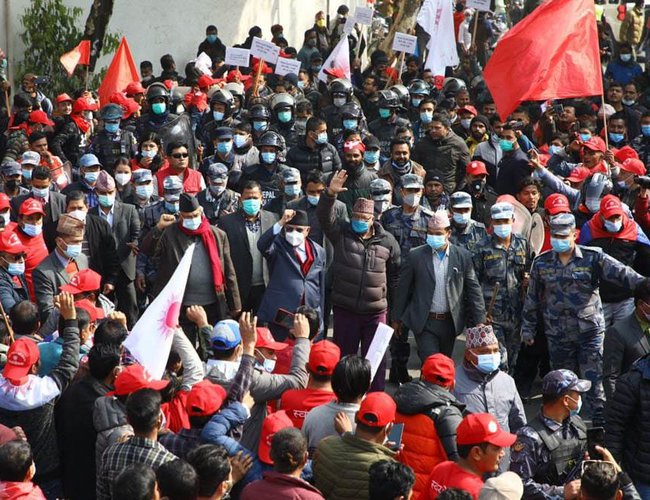 Co-chair of Dahal-Nepal faction of NCP Madhav Kumar Nepal compared prime minister K.P. Sharma Oli as a dictator. Addressing the mass meeting, he said Oli is like Hitler in his style.

Seasoned community leader and former Prime Minister Nepal warned that the dissolution of the house is unacceptable for them because it is unconstitutional. “ There is no other option than to revive the house. People will accept nothing less than a revival,” said Nepal.

Pushpa Kamal Dahal Prachanda said that his group of original NCP and Oli led group is just a power monger.

Led by the co-chair of the group — Pushpa Kamal Dahal and Madhav Kumar Nepal along with other top leaders, thousands of protesters walking the roads of the capital city to meet at a mass gathering. 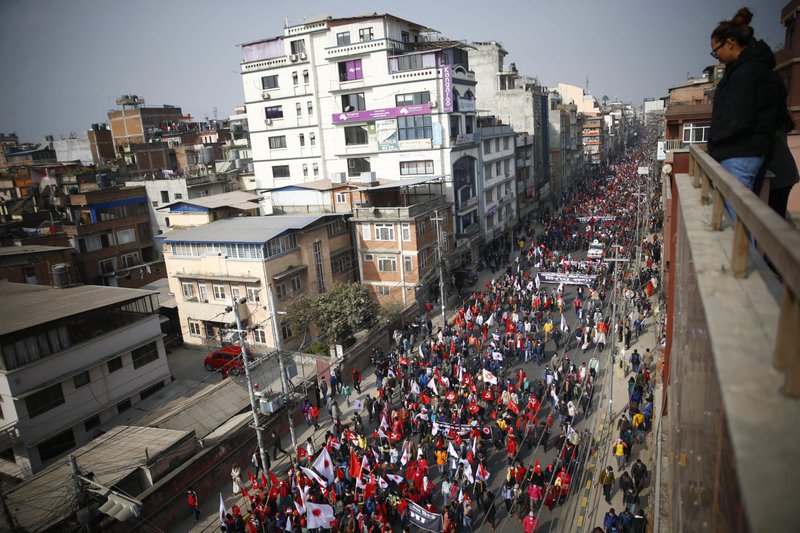 The splinter group of ruling NCP took out rallies from multiple places today giving continuance to its protests against Prime Minister KP Sharma Oli’s move to dismantle the House of Representatives.

Protesters have come out in large numbers from all three districts of Kathmandu valley. This has caused difficulties in the movement of people as well as vehicles in the main and by-roads of the city.

Meanwhile, riot police were on patrol to prevent any untoward incidents. The NCP faction planned to gather at Bhrikutimandap to protest the “unconstitutional and undemocratic move” on the part of the Prime Minister, also the chairperson of the other NCP faction. 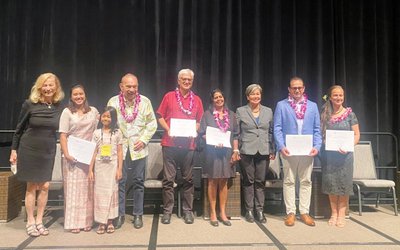