Rape: A Sickening Problem In Nepal

One of the primary reasons of rape is toxic masculinity 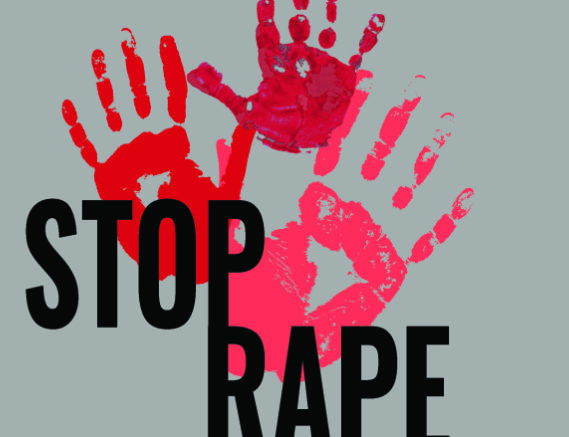 Nepal, a home to ten living goddesses, experienced the highest number of rape cases in the past two years. According to Nepal Police’s latest statistics, 2,144 rape cases and 687 attempts to rape cases were reported in the year 2019/20. The country of goddess Sita has become unsafe to house its own daughters due to the drastic increase of sexual assaults against women. While the statistics are obvious, the question as to why rape occurs or what is the root cause of sexual assaults, remains unanswered. Is it a flaw in our culture? Are we not raising our sons well? The blemish in both our mentality and culture encourages the unreconcilable problem of rape. Here’s how:

One of the primary reasons of rape is toxic masculinity. The society depicts all men to be sturdy and masculine. Right from the stage when we begin to learn things, men are always pictured as taller, stronger and muscular than women. Every young guy looks at these pictures of men being powerful than women, and decides this is what they want to grow up into. Our society has only exacerbatedthis issue because it expects all boys to grow up brawny, both physically and mentally. Boys are supposed to be tough, and not sensitive. They are not supposed to cry in public or else they are asked to “stop acting like a girl”. On the other hand, a girl is anticipated to be soft-spoken, tender and sensitive. They are compelled to believe that their male friends are supposed to be physically stronger than them. This seed sown in the heads of children are watered by the society as they grow up. Wolf whistling and teasing girls only become a way of reflecting masculinity. Girls are made to believe that when a guy whistles at her or teases her, it is just a way for him to show affection; rather than an insult, she should take it as a compliment. By the time a guy grows up in this environment, he doesn’t hesitate to touch a girl because it is nothing but “a guy being a guy”. This pressure that the society has on men and women both, causes rape. A man may rape a woman to prove his masculinity and doesn’t understand that what he believes as a way of showing off his dominance and strength, is nothing but a severe crime. A man may also rape a woman to gain back his masculinity. Since, our society doesn’t accept men with effeminate characteristics, he rapes a woman to re-gain his superiority that he is entitled to have.

Unfortunately, this is just the tip of the iceberg. Drowning in an endless ocean of social taboos and problems, the post-rape phase is worse as we have a tendency of playing the blame game, and blaming the victims of rape. Yes, this definitely sounds surprising, but here in our society, ‘short skirts and tight jeans are blamed when the minds are not well framed’. The victim, who goes through so much physical torture is pushed into mental trauma too. The fact that the victim has to worry about facing the society after being raped shows the standard of the society we live in. And why wouldn’t the victim be worried when comments like “She shouldn’t have gone out wearing such revealing clothes”, “Maybe she was drunk”, “Why was she out of her home at night?”, “Her parents should’ve taught her better than that” are passed around in the society she lives in. No one talks about the abuser, no one talks about how wrong it is to forcefully lay hands on women. Not only does this marginalize the victims but it also makes it difficult for them to come forward and report the violence or talk about it in public.

Until and unless, we break this trend of circulating myths or playing the blame game, we will never get out of this problem alive and will only produce new generations with the same mentality. We will never tell our sons how wrong it is to try to dominate women, how wrong it is to even touch or verbally abuse a woman; rape being a consequential crime. Instead we will always advice our daughters to wear a skirt an inch longer, or avoid sleeveless tops. This is not the kind of society I want to be brought up in, nor do I wish to raise my kids amidst the mentality that screams “clothes invite rapists” or “boys will be boys; it’s in their nature”. What is the point of warning girls not to go out after dusk when nearly half of the rape cases happen behind closed doors and within the four walls of homes? What is the point of warning girls not to talk to strangers when 80% of offenders are known to the victims? Let us admit the fact that no matter where we place the blame, the problem is in us. The flaw is in our culture and mentality.

However, no matter how worse the situation seems, it is still not late. Not late to right the wrong.We have always blamed the system of our country, its laws, the leaders when we have an equal responsibility too. In order to end the problem of rape or sexual harassment as a whole, it is important to change our mentality and how we raise “our children”. Young girls focus too much on looking thin and young boys are constantly chasing their ideal tall and muscular body type, not because that is what they want to grow up to be, but because that is what the society expects them to become. When youths are not satisfied with their body, they try to look superior by dominating others and this is when they practice rape and other forms of sexual harassment.It is important for us to understand and teach our children that all bodies are beautiful. The government, in collaboration with NGOs, which work against sexual violence, like SAATHI, Maiti Nepal and many more, should work hand in hand to interact with rape victims and abusers both, in order to understand the sole purpose of this crime and how it affects the victims. Our education system should be developed in such a way that shows boys and girls as equal, and proves to them, that in this country of democracy, anyone can grow up to be anything. So together, let us build a society in which our girls feel safe. A society in which no girl should ever feel uncomfortable when walking alone in the streets. A society where we teach our children the morals of equality and respect. Yes, changing our culture takes time, but we all can change our mentality, starting from today, right now, can’t we?

Nepal's Over Dependency And Sluggish Development By Hari Prasad Shrestha 3 days, 13 hours ago

Nepal Is Bearing The Disproportionate Burden Of Climate Change By BHARAT RAJ PAUDYAL 6 days, 17 hours ago

Refugees In Nepal: Recognition And Inclusion By Deepesh Das Shrestha 1 week, 2 days ago