The Ramsar Convention is the only global treaty that focuses specifically on wetlands. The Ramsar Convention has defined wetlands as: “Areas of marsh, fen, peat land or water, whether natural or artificial, permanent or temporary, with water that is static or flowing, fresh, brackish or salt, including areas of marine water, the depth of which at low tide does not exceed six meters.” 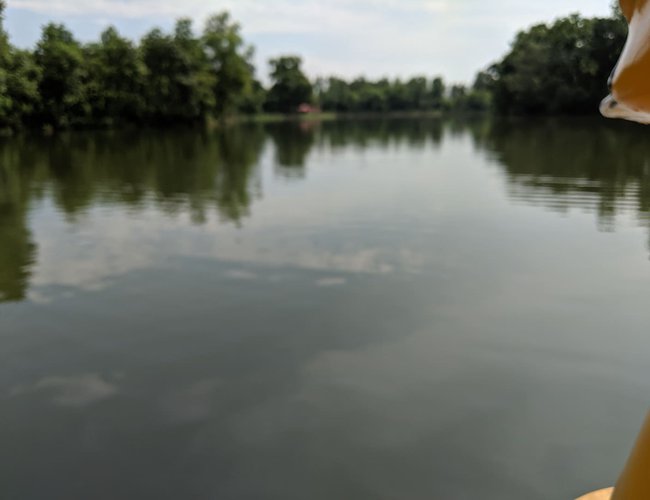 We are celebrating World Wetlands Day on 2nd February every year to raise global awareness about the high importance of wetlands for people and our planet. The day is also an occasion to commemorate the signing of the Ramsar Convention on Wetlands in the Iranian city of Ramsar in 1971. Wetlands, the Nepali term Simsar, means lands with perennial source of water. According to National Wetlands Policy, 2003 wetlands denotes perennial water bodies that originate from underground sources of water or rains. It means swampy areas with flowing or stagnant fresh or salt water that are natural or man-made, or permanent or temporary. Wetlands also mean marshy lands, riverine floodplains, lakes, ponds, water storage areas and agricultural lands.

The Constitution of Nepal 2015 envisions for the wise and proper use of wetlands from three tiers of government. In this context, Federal government has authority to prepare water resource protection and multiple use policy and standard and wetlands, carbon service. Water use and biodiversity authority is given to Provinces. Concurrent list of Federal and Province is water use of inter-state, drinking water, boundary river, river way. Watershed, drinking water and small hydropower, biodiversity are under local government's authority. Concurrent list among Federal, Province and Local government contains electricity, drinking water, irrigation, water use, and biodiversity. There are number of legal and policies arrangements enacted by the government of Nepal for conserving wetlands.

The Ramsar Convention is the only global treaty that focuses specifically on wetlands. The Ramsar Convention has defined wetlands as: “Areas of marsh, fen, peat land or water, whether natural or artificial, permanent or temporary, with water that is static or flowing, fresh, brackish or salt, including areas of marine water, the depth of which at low tide does not exceed six meters.” Nepal is working as party of Ramsar Convention since 1988, after declaring Koshi Tappu Wildlife Reserve as first Ramsar site of Nepal. National and international efforts are focusing on wetlands conservation and sustainable uses for the present and future generations. Nepal is implementing National Ramsar Strategic Plan of Nepal (2018-2024) to conserve, wisely use, restore and ensure benefits to Nepalese people.

Wetlands are also called kidney of the earth. The conservation of wetlands is important because it provides a multitude of benefits i.e. ecological, economic, aesthetic, religious and socio-cultural benefits. Wetlands are located inside the protected areas and outside protected areas. Wetlands cover about 5.5 percent of Nepal's surface area and indigenous peoples and local communities rely on these for their livelihood. Apart from numerous ponds, lakes and wetlands, there are 10 wetlands which are already registered in Ramsar lists. They are also a lifeline for the ecosystem. Wetlands provide provisional, cultural, regulating and supporting services. Despite of various efforts of the government, non- government, development partners and private sectors, wetlands are suffering from various threats. Major threats to wetlands are encroachment of wetlands, covering by invasive aline species, effect of climate change–disappearing wetlands, inadequate knowledge and science based information.

This is right time to lobby through policy dialogue especially at province level government for formulating provincial law arrangements focusing conservation and proper management of wetlands. In addition, the local government should include wetlands management in their land use plans and take action for the protection of wetlands and proper use through concerned stakeholders based on National Parks and Wildlife Act, Forest Act, Soil and Water Conservation Act, Local Government Operation Act, National Water Resources Policy, National Wetland Policy, National Ramsar Strategy and Action Plan, 15th National Development Plan, Sustainable Development Goals (2016-2030),Landscape Strategies including Chure Terai Madesh Conservation and Management Master Plan. Further, there is an urgent need to build capacity for indigenous people and local communities, local and provincial level governmental and non-governmental staffs for managing and monitoring wetlands of Nepal.

The theme for the World Wetlands Day 2021 is Wetlands and water which shines a spotlight on wetlands as a source of freshwater and encourages actions to restore them and stop their loss. Nepal is also facing a growing water crisis that threatens people and wildlife as well. Based on the importance of wetlands, each tier of government should incorporate the wetlands management programs during budgeting every year to achieve national commitment "Prosperous Nepal, Happy Nepali". Let us protect our ecosystem so that we can conserve water for all life as well as conserve Simsar for social-ecological – economic sustainability.

*Mr Paudyal is a freelancer forester

Encouraging Electric Vehicle Use In Nepal By Hari Prasad Shrestha 6 hours, 1 minute ago

China’s Rapid Transformation And Lessons To Learn By Krishna Silwal 3 days, 6 hours ago

Youths In Nepal Elections: From Social Media To National Platform By Sangya Dhakal 5 days, 5 hours ago

Skeleton In The Sandook By Hemant Arjyal 6 days, 3 hours ago