Book Review: The Backfire In Nepal: How India Lost Plot To China

The book entitled The Backfire in Nepal: How India Lost Plot to China by US-based Nepali journalist Sanjay Upadhya helps find these answers 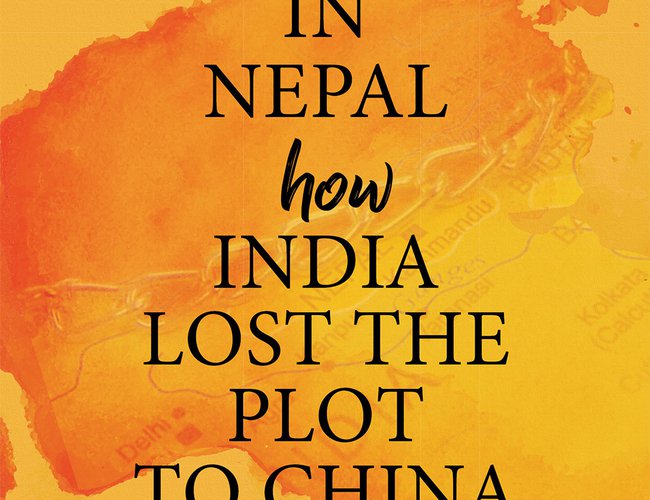 In 2005, India facilitated the historic Peace Agreement between the Maoists and the Seven Party Alliance in Nepal, ending a decade-long war waged against Nepal's centuries-old monarchy. A decade and a half later, Nepal and India hit the lowest point despite the two countries share close socio-cultural, political, economic, and strategic ties. Similarly, Karan Singh, who had successfully convinced King Gyanendra to accept the people’s demand and pave the way for democracy in 2006; visit by the Foreign Secretary S. Jaishankarto Kathmandu at the eleventh hour to convince the Nepal Government to accommodate the demands of Madhesis, was termed as the ‘wrong advice.’ What led Nepal to shift from ‘special relations’ with India to ‘conditional relations’ and forge strategic ties with China?

Many such questions seek an answer as one begins to unfurl the Roti-Betirelations between India and Nepal amidst the ongoing India-Nepal fiasco.

The book entitled The Backfire in Nepal: How India Lost Plot to China by US-based Nepali journalist Sanjay Upadhya helps find these answers. The book provides a detailed account of Nepal-India relations in the last fifteen years. In his previous books,Nepal and the Geo-Strategic Rivalry Between China and India from Routledge in 2012, and The Raj Lives: India in Nepalfrom Vitasta in 2008, Upadhya had carried ground-breaking works on India’s colonial past and its impact on Nepal, and Nepal’s geo-strategic location between two Asian giants. Unlike his previous research works, The Backfire in Nepal is a journalistic account of Nepal-India relations focusing on China’s diplomatic and strategic success in Nepal in recent years.

Divided into seven chapters, the book provides a timeline of events in India-Nepal relations beginning with the 2006 peace-building process in Nepal which was officially overlooked by the United Nations Mission in Nepal to facilitate inclusion of the former Maoist fighters into the Nepal Army, their arms surrender and peaceful conduct of first Constituent Assembly elections in 2008. In the second chapter Provisional Posturing, the author has beautifully portrayed the free-Tibet movement of 2008, which got China worried as it hosted world athletes for the Beijing Olympics. The unconditional support from a new Maoist Prime Minister Pushpa Kamala Dahal alias Prachanda in cracking down on the protesters and arrest of Tibetan refugees amidst global criticism was a beneficial ‘New Nepal’ China.

Between 2005 to 2020, Nepal has forged new transit, trade, security and strategic ties including Belt and Road Initiative and first-ever Joint-Military exercises with China. Chinese investment in Nepal accounts for more than sixty percent of the total Foreign Direct Investment in Nepal, which was once topped by India until 2014. China’s annual aid to Nepal had also reached USD 128 from a meager USD 20-24 million in the past decade. The number of high-level visits from China to Nepal including President Xi’s in October 2019 amidst border row between India and Nepal over Kalapani and Lipulekh, have provided China with an ultra-edge in the political and foreign affairs of Nepal. Most importantly, the Chinese Ambassador to Nepal has direct hotlines with the President, Prime Minister, and Chief of the Nepal Army, allowing the former to make public appearances in these offices and advise on administrative and political matters. Millions of military assistance from China have helped Beijing buy diplomatic immunity to its citizens involved in scamming, phishing, and trafficking in Nepal.

While previous administrations in Nepal strike a balance between India and China including Prachanda who stood as a staunch critic of alleged Indian ‘expansionism’ since 1950, KP Oli has used India’s 2015 unofficial border blockade to his advantage in evoking ultra-nationalism based on anti-India maneuverings. Oli also holds India accountable for his ouster in 2016 from the Government, and with his present tenure, he continues to be revengeful. Meanwhile, post-December 13 dissolution of the Parliament, Oli was seen taking a moderate view of India. However, it changed very soon after he reiterated Kalapani, Lipulekh as Nepalese territories, and relocated Ayodhya in Nepal.

On the other hand, despite a turbulent relationship, India’s humanitarian assistance to Nepal helps ease the tensions. Noteworthy, India was the first country to reach on the ground after a major earthquake had hit Nepal in 2015. India has also supplied a million doses of the COVID-19 vaccine and other medical assistance including medicines, ambulances, and medical appliances. However, India continues to misread Nepal’s political developments. 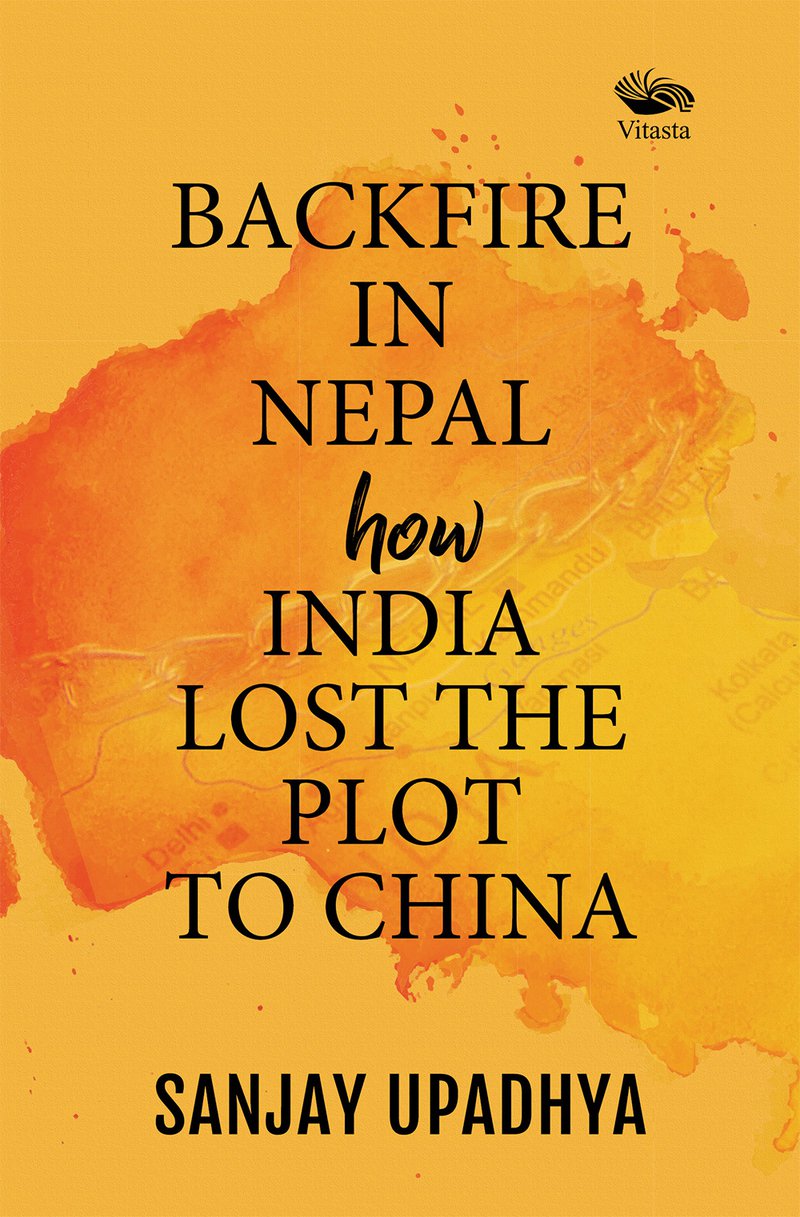 Prime Minister Modi’s 2014 visit after seventeen years gap by an Indian Prime Minister to Nepal helped India “dispel many traditional Nepalese misgivings about India policy”, but the hidden push for a Hindu Rashtra in Nepal backfired on India. India cannot deny that its shortfalls are due to short-sighted strategic interests and the lack of promised deliveries to Nepal. For instance, in 2016, the Eminent Persons Group (EPG)was formed to revise the 1950 Treaty and smoothen border management. Still, five years since its formation, the final report of the EPG continues to dust in the Prime Minister’s Office. Nepal also waits for India to exchange the demonetized Indian currency stuck with the Nepal Rashtra Bank.

In contrast, the “Chinese have acted purely on national interest”. There has been no compromise on China’ssecurity concerns looming from a critical border between Tibet and Nepal. From cracking down the 2008 free-Tibet movement to the signing of Mutual Assistance Treaty in Criminal Matters in 2019, and Nepal’s unequivocal support to ‘One China Policy’, China has shown an uncompromised bargain in Nepal. On the other hand, India continues to misread how Beijing sees Nepal – both in terms of China’s visions of the past and the future. This complicates the core trilateral challenge: ensuring that Nepal is not sucked deeper into the Sino-Indian vortex, only to be scorned for aggravating the Asian giants’ rivalry.

As the events unfold between India and Nepal, the book could not have been timelier. The book becomes a must-read for policymakers, journalists, researchers intending to know recent developments in India-Nepal relations as it covers the history and the most recent events. That said, the book falls short on the analytical front. The author has also avoided dealing with dates which makes the reader seek digital support that breaks the rhythm. Overall, unlike history books, the books' language keeps the momentum for a reader until a few scattered pages of the last chapter- All in Mind, often repeating the arguments. The book is the most recent addition to the literature in India-Nepal relations with a focus on the China factor. While the book interests Indian readers, it is a must book for readers in Nepal too; though it may take some time to be available in the Nepalese book stores. Meanwhile, the Kindle version of the book shall be coming soon.