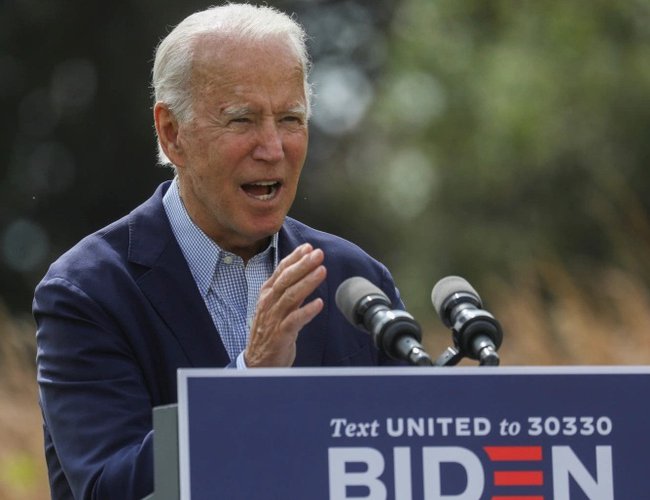 US President Joe Biden signed a new batch of executive actions on Wednesday that officials said puts the climate crisis back on the United States government agenda and elevates science to presidential advisory status.

According to Aljazeera, the orders map out the direction for the Democratic president’s climate change and environmental agenda and mark a reversal from policies under his predecessor Donald Trump, who sought to maximize US oil, gas and coal output by removing regulations and easing environmental reviews.

“In my view, we’ve already waited too long to deal with this climate crisis,” Biden said at a White House ceremony, noting the threats the nation faces from intensifying storms, wildfires and droughts linked to climate change.

“This is a case where conscience and convenience cross paths, where dealing with this existential threat to the planet and increasing our economic growth and prosperity are one and the same. When I think of climate change and the answers to it, I think of jobs,” Biden added.

Biden directed the Interior Department to pause new federal oil and gas leases on public lands or offshore waters “to the extent possible” and review the program’s climate impacts and taxpayer benefits. The pause will not restrict energy activities on lands that the government holds in trust for Native American tribes.

“The stakes on climate change couldn’t be higher than they are right now,” Biden’s climate envoy, former Secretary of State John Kerry, said in earlier news conference on Wednesday. “It is existential.”

A Navajo Nation couple walk away from their cattle corral in the Bodaway Chapter in the Navajo Nation in Gap, Arizona [File: Stephanie Keith/Reuters]

Biden’s focus on climate change has cheered international partners and environmental advocates, but upset Big Oil, which has been arguing the moves will cost the US millions of jobs and billions of dollars in revenue.

He also set a goal to conserve 30 percent of federal land and waters by 2030 to protect wildlife.

The orders affect large swaths of acreage onshore in mostly Western states, as well as offshore drilling acreage located mainly in the US Gulf of Mexico, which combined make up about a quarter of the nation’s oil and gas supply.

The measures have already drawn criticism from some states that depend on drilling revenue and the oil industry and have warned that such moves will cost jobs and economic growth.

“We can’t afford to play games with the millions of hardworking Americans whose livelihoods depend on a vibrant energy sector,” Republican Senator from Texas Ted Cruz said in a tweet. “President Biden and radical environmentalists are trying to eviscerate our energy independence and our blue-collar economy,” he said.

On Wednesday Kerry announced that Biden will host an international climate summit on Earth Day on April 22.

“Today’s executive order starts by saying that it is the policy of this administration that climate considerations shall be an essential element of US foreign policy and national security,” McCarthy said.