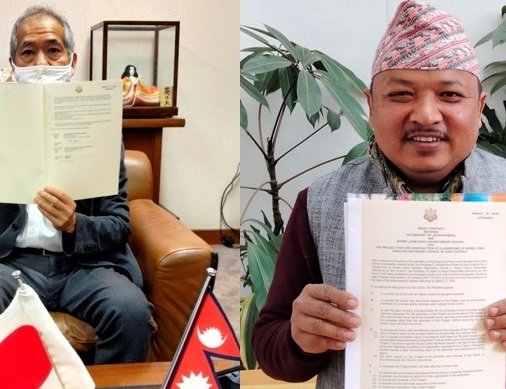 The project is funded under the Grant Assistance for Grassroots Human Security Projects (GGP) of the Japanese Government and involves a grant of about NPR 13.8 million.

At the signing ceremony, Mr. Yoshioka said he hoped that the project would contribute to improve the educational environment in Shivasatakshi Municipality where the school is located.

The Shree Laxmi Narayan Secondary School, a public school, was established in 1967 and offers schooling from early child development level to the 12th grade. The project is expected to support improvements in education for children of communities that do not currently have enough educational facilities.

The Embassy of Japan believes that the support will also contribute towards further enhancing the friendship between the peoples of Japan and Nepal.