Administering first doses to medical workers, Nepal has finally joined the global campaign to provide vaccine to reduce the risk of spread of COVID-19. Nepal is currently administering one million vaccines to over 450000 in a month. Although there is a debate over the efficacy of the vaccine, it has already proved safe

At a time when the countries around the world have been facing scarcity of COVID-19 vaccine, Nepal has launched the campaign to administer the vaccine to the people. Thanks to India for providing one million doses of the vaccine under grant assistance, Nepal is in a position to immunize over 3 percent of the population in the first phase.

According to a spokesperson at the Ministry of Health and Population Dr Jageshwar Gautam, these vaccines were now kept in cold stores all over Nepal and the second shot will be provided a month after the first jab.

The Ministry shares that health persons, security personnel, ambulance drivers, workers involved in managing the dead bodies of COVID infected, among other front line workers, would be prioritized for the vaccination for the first round.

The vaccine is completed in two rounds between a gap of four weeks. The Ministry has made preparations to complete the first round within a week.

The Ministry has said that 430,000 people will receive the vaccine during the first phase of the COVID-19 vaccination drive in Nepal, which will last for about ten days. The second phase will also require a similar period.

When Is the Second Phase?

Although the government has been using different channels to import more vaccines for the second round, it is yet to announce the dateline. Officials in the health ministry are expecting to procure more vaccines from India.

“We are working to bring more vaccines as soon as possible to cover more population,” said Minister for Health and Population Hridayesh Tripathy. “We administer almost 30 percent of the population which include over the age of 50 within a short period of time.”

Although the government has planned to administer the COVID-19 vaccine to 73 percent of the population, it is in the process of searching for financial resources from multilateral banks and bilateral donors.

When the efficacy of the Oxford/AstraZeneca vaccine was announced in late 2020, there was some confusion. The overall efficacy of the vaccine at stopping people developing symptomatic Covid-19, two weeks after the second dose, was 70%. But this was not the whole picture.

This figure was based on averaging the results from two groups. In one group, which was given two full doses, the vaccine was 62% effective at stopping people from developing symptoms. But in the second group, a dosing error meant that volunteers received a half dose followed by a full one. This ended up being 90% protective against developing Covid-19.

This was intriguing. Why would giving people less of the vaccine lead to a more effective immune response? The answer to this may lie in the design of the vaccine and could mean that there are ways to make this vaccine – and others that use the same design – more effective.

How The Oxford Vaccine Works

Vaccines work by exposing the immune system to recognizable parts – or “antigens” – of pathogens that cause diseases, such as bacteria or viruses. The immune system then mounts a response. Immune cells called B cells make antibodies to destroy the pathogen. Sometimes T cells can also be called into action, which eliminates our own cells that have been infected with the pathogen.

Some B and T cells then remember the antigens for the future. At some future point, if the person is exposed to the pathogen, these long-lasting memory cells can quickly order more antibodies to be made to destroy the pathogen and attack infected cells.

In effect, the principle of vaccination is to “mimic” an infection, but in a controlled way so that immunity is generated without causing illness. After a few weeks, once T cells and B cells have been generated, the person vaccinated will be protected. For certain vaccines, this requires two doses, as in some people the first dose alone will not generate complete immunity. The booster dose ensures as many people as possible acquire protection.

In the case of the coronavirus vaccines, a number of methods are used to present the virus’s antigens to the immune system. Some, such as the Sinopharm and Sinovac vaccines in China, simply present the body with a whole, inactivated version of the coronavirus. But others instead instruct the vaccinated person’s own cells to produce a specific part of the coronavirus: the spike protein on its outer surface, which is a particularly recognizable antigen.

Some, such as the Pfizer/BioNTech and Moderna vaccines, deliver the code in the form of messenger RNA (mRNA). Others use a harmless virus to get the genetic code inside cells; the Oxford vaccine uses chimpanzee adenovirus, genetically altered so that it’s unable to reproduce, called ChAdOx1. These are known as viral-vector vaccines.

How Design Could Affect Efficacy

It is not yet known why the reduced-dose regimen of the Oxford vaccine showed better efficacy in trials, but it could be down to the viral vector.

However, a lower first dose might not allow for a strong anti-vector immune response to develop, which could leave the booster dose unscathed and lead to greater overall efficacy. If it turns out that this is the case, then future work will need to establish the optimum dosing regimen for generating the strongest immune response.

Britain is the first country to approve AstraZeneca and Oxford University’s home-grown UK COVID-19 vaccine, adding an easy-to-manage shot to the arsenal of a nation desperate for pandemic relief.

The AstraZeneca/Oxford vaccine’s efficacy in preventing symptomatic infections was 70.4%, according to interim data, after 30 of 5,807 people who got the two-dose vaccine developed COVID-19, compared with 101 of 5,829 people who got a placebo.

That compares with the 95% efficacy of the two-shot vaccine from Pfizer/BioNTech, the other vaccine approved in Britain.

While efficacy with any dose after one dose was pegged at 52.7%, the UK’s Medicines and Healthcare products Regulatory Agency (MHRA) also said an “exploratory analysis” of trial participants who got one full dose showed the efficacy of 73% from 22 days after the first shot.

The UK regulator recommends a booster shot four to 12 weeks after the first dose because up to 80% efficacy was reached with a three-month interval between shots, an official involved in the MHRA approval said.

“The first dose efficacy gives an indication of protection for a short period between the two doses, the second dose strengthens the immune response and is expected to provide a more durable immune response,” the University of Oxford, AstraZeneca’s partner, said. 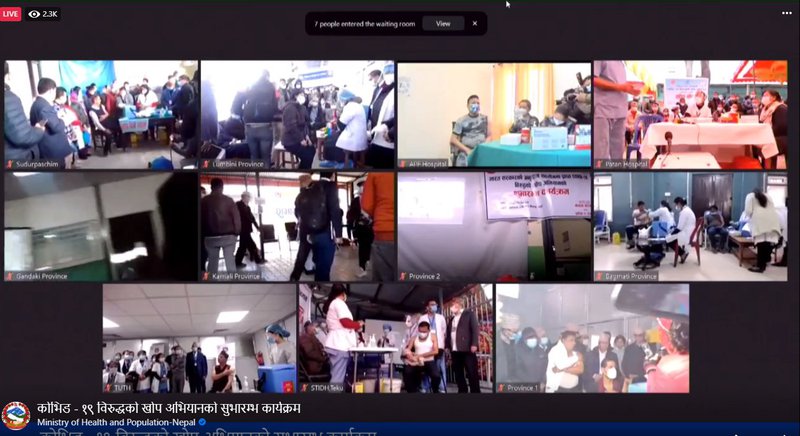 Confusion over efficacy emerged after interim late-stage trial results announced in late November when AstraZeneca acknowledged that people in its clinical trial accidentally got different doses.

Those who received a half dose of the vaccine, followed by a full dose, were shown to have 90% protection, the company said initially, while two full doses offered only 62% protection.

The AstraZeneca shot is a “viral vector vaccine”, where a specially engineered virus that normally causes chimpanzees to get the common cold delivers genetic instructions to human cells to make the spike protein jutting out from the new coronavirus’s surface.

The Pfizer/BioNTech and Moderna vaccines use a new technology which packs messenger RNA (mRNA) inside tiny fat droplets to instruct cells to make the spike protein.

AstraZeneca pledged the vaccine would cost just a few dollars per dose and be sold without making a profit, whereas Pfizer’s vaccine costs $18.40-$19.50 per dose. A separate mRNA vaccine from Moderna, approved in the United States, costs up to $37. 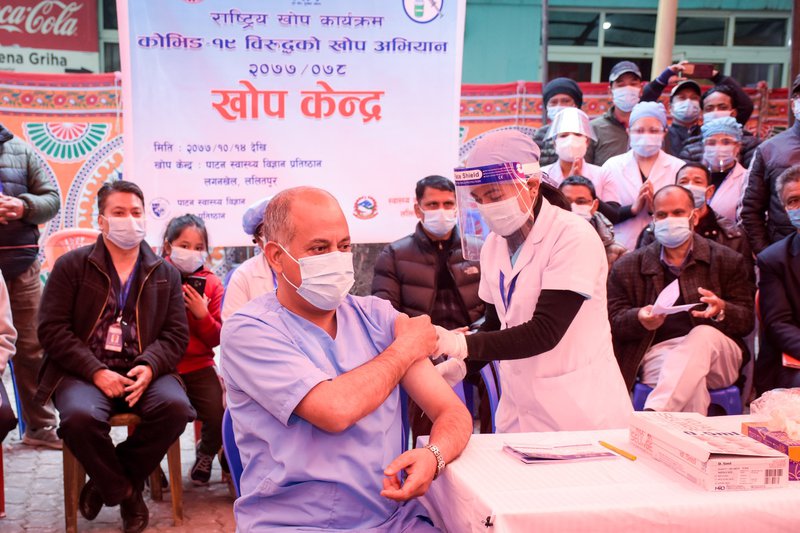 The AstraZeneca shot does not require deep freezing at minus 70 degrees like the mRNA vaccine from Pfizer and its German partner, BioNTech, and has already been produced by the millions of doses.

It can be kept in a standard refrigerator for six months. It is also cheaper to make, bringing hope to developing countries largely left out of the early vaccine haul.