On 27 January 2021, US President Joe Biden has ordered to 'put the climate crisis at the centre of US foreign policy and national security' and this signifies the urgency of reducing GHG emissions and ensuring net-zero global emissions by mid-century or before. 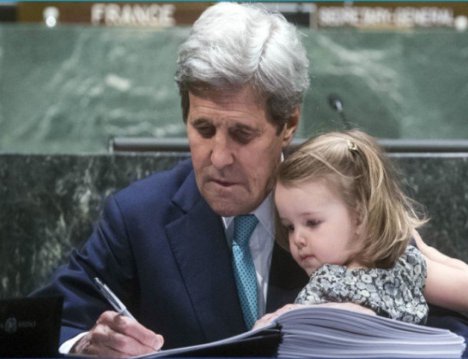 One hundred and ninety Parties to the Paris Agreement have submitted their first Nationally Determined Contribution (NDC1). Of them, several Parties have submitted updated NDC1 by the end of 2020. Eight Parties (Argentina, Grenada, Marshal Island, Nepal, Papua New Guinea, Suriname, Tonga and United Arab Emirates) submitted second NDC (https://www4.unfccc.int/sites/NDCStaging/ Pages/All.aspx). Of the 47 LDCs, five Parties (Bangladesh, Cambodia, Ethiopia, Rwanda and Zambia) have submitted updated NDC1 while Angola and Senegal submitted NDC1, indicating only 8 LDCs responded on decision 1/CP.21. In December 2020, the Prime Minister informed Nepal's move 'towards a zero-carbon economy' and to 'extend protected area from 23% to 30% by 2030'.

Bhutan - the chair of the LDC Coordination Group to UNFCCC for 2019 and 2020 - submitted its NDC1 on 19/09/2017. China and India have not submitted their updated NDC1 by 2020. The new US administration has ordered to update and submit its NDC. The LDCs have insignificant GHGs emissions. The NDC may contribute to promote low carbon economic development pathway, clean and renewable energy, and climate-resilient development. The 'C' of the NDC stands for 'contribution' and in recent years it has turned to 'commitment' and 'compliance' to reduce GHGs emissions.

The GHGs emissions scenario in 1992 (adoption of UNFCCC) and 2016 (entry into force of the Paris Agreement) has changed. In 1992, about one-fourth of the total global GHGs emission was from US and now China has taken this position. In recent years, many countries have declared to be 'carbon-neutral by 2050 or 2060' which requires to reduce GHGs emissions significantly.

An IPCC Special Report (2018) informs that 'global warming is likely to reach 1.50C between 2030 and 2052 if it continues to increase at the current rate'. Accelerated use of 'carbon-intensive fossil fuel' and CO2 & non-CO2 emissions will likely increase temperature rise with corresponding adverse impacts on people, livelihood and life-supporting systems. Those countries lacking coping capacities and financial resources such as LDCs will continue to be adversely affected from climate change. LDCs are 'low or non-emitters of GHGs' but they need to adapt and build resilience to climate change impacts. The Adaptation Gap Report (2020) informs adoption of effective adaptation planning, stakeholder engagement and horizontal integration along with significant gaps on adaptation finances. Since 2006, multilateral funding from Adaptation Fund, Green Climate Fund and Global Environment Facility is provided to nearly 400 adaptation projects (half of which began after 2015). Many projects targeted to climate vulnerable populations but there is 'very limited evidence of climate risk reduction', urging for effective interventions to address climate crisis.

On 27 January 2021, US President Joe Biden has ordered to 'put the climate crisis at the centre of US foreign policy and national security' and this signifies the urgency of reducing GHG emissions and ensuring net-zero global emissions by mid-century or before. The Presidential Order aims to 'exercise its leadership to promote a significant increase in ambition to the climate challenge'. The President has committed to: (i) host Leaders' Climate Summit (probably on Earth Day, 22 April 2021) to raise climate ambition and make positive contribution to the CoP26 and beyond; (ii) reconvene Major Economies Forum on Energy and Climate to pursue, inter alia, green recovery efforts, advance clean energy and sectoral decarbonisation, and align financial flows with the objectives of the Paris Agreement; (iii) appoint the Special Presidential Envoy for Climate; (iv) enhance climate ambition and integration of climate considerations across international fora; (v) develop NDC under the Paris Agreement; and (vi) develop climate finance plan to assist developing countries in implementing ambitious emissions reduction measures, protecting critical ecosystems, and building climate resilience (https://www. whitehouse.gov/briefing-room/presidential-actions/ 2021/01/27/executive-order-on-tackling-the-climate-crisis-at-home-and-abroad/ ). 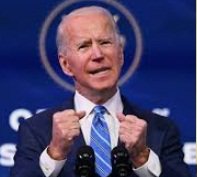 The US has promised for clean energy future and put the US on a path to achieve net-zero emissions, by no later than 2050. The in-country policy states to 'listen to science - and act, strengthen clean air and water protection, hold polluters accountable for their actions, and deliver environmental justice'. The While House Office of Domestic Climate Policy within the Executive Office of the President is established to coordinate policy-making process, ensure consistency and monitor policy implementation. A National Climate Task Force is also established to, inter alia, prioritise action on climate change. The President has directed agencies to make 'evidence-based decisions' guided by best available science and data.

The executive orders will freeze new oil and gas leases on public lands and water, double offshore wind energy by 2030, commit to 'lead' a global response to the climate crisis, including conservation of at least 30 percent of the federal lands and oceans. Several additional commitments are made on climate change. This sounds a very strong presidential commitment, on behalf of the US people and hence, 20 and 27 January 2021 are big days for US commitment on climate change.

Importantly, the US President has designated former Secretary of State John Kerry, as presidential climate envoy. On 9 December 2015, Mr. Kerry said, millions of jobs would be created by investing on renewable energy to lower CO2 emissions. Mr. Kerry, one of the architects of the Paris Agreement in 2015, signed the Agreement, on behalf of the US Government, on 22 April 2016 at UN Headquarters in New York. His 'belongingness' to the Paris Agreement would direct for global mobilisation for its effective implementation.

The US Ambassador to Nepal Mr. Randy Berry informed US policies and priorities on climate change to the Prime Minister Mr. K. P. Oli, leader of the Opposition Party Mr. Sher Bahadur Deuba, and NCP chair Mr. Puspa Kamal Dahal. As US President's executive order instructs to develop climate finance plan to assist developing countries to fight against climate change impacts, it is most likely that Nepal will receive additional financial resources to tackle climate change challenges. The US initiatives on climate change will encourage it to reduce GHGs emissions.

LDCs' GHGs emission reduction commitments would have negligible impacts on limiting temperature rise. Concerted efforts of major GHGs emitting Parties to the Paris Agreement will limit temperature rise to below 1.50C and protect climate vulnerable communities and resources from the adverse impacts of climate change. Nepal will benefit from such initiatives and it will contribute to minimise turning of snow-capped mountains into 'black stony mountains' and to reduce adverse impacts of climate change on people, livelihood, ecosystems and resources.

Uprety is a former Joint-Secretary (Tech) and Chief of Climate Change Management Division, then Ministry of Environment, E-mail: upretybk@gmail.com