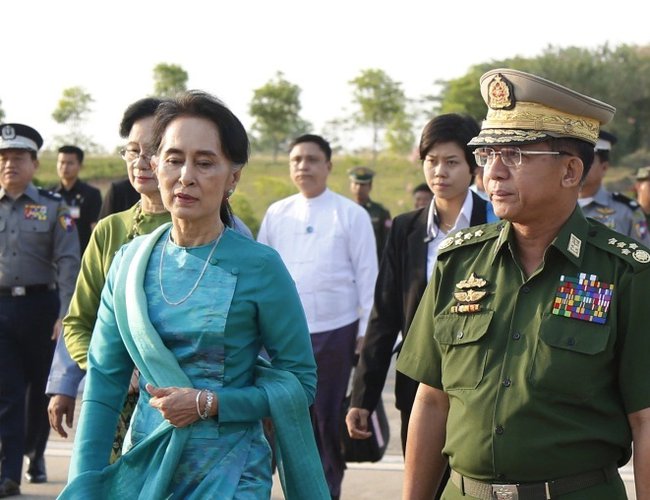 According to NHK, the National League for Democracy on Wednesday released a police document dated February 1. It accuses Aung San Suu Kyi of having illegally imported 10 items of communications equipment and using them without permission.

The NLD says the court granted permission for the two to be held until February 15.

They are reportedly under house arrest. Ongoing criminal procedures appear to indicate the possibility of a long detention period for the two.

Myanmar's military staged a coup on Monday, detaining Aung San Suu Kyi and other NLD officials. Many lawmakers reportedly have been freed.

The military has established a state administrative council and appointed 11 ministers and top officials in the police and the prosecution as well as members of the election commission.

127 People Die In Stampede After Soccer Match In Indonesia By Agencies 4 days, 20 hours ago