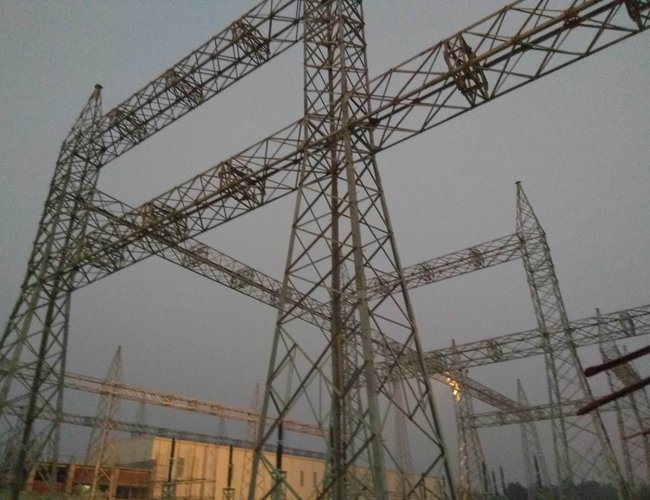 Prime Minister K.P Sharma Oli said that NEA has made major achievements in the past few years making Nepal as a country to export the electricity to India. he said that this project will help to evacuate the power generated in these areas. Strted in 2016, the cost of the project was Rs. 2.74 billion.

The two structures have been ready for the operation after the installation of equipment and successful test of the transmission line.

Nepal Electricity Authority had started construction of Dana-Khurkot transmission line on May 30, 2016 with the financial support of Asian Development Bank.

Tata-Chint Electronic JV had got contract to construct the 39.6-Km long Dana-Khurkot transmission line along with sub-station at Rs 2.90 billion.

Around 110 towers were constructed for the same and the latest modern technology has been installed at the sub-station. The power produced from Ghalemdi hydropower project has already been connected at the sub-station after the successful charge of the transmission.

Five-MW Ghalemdikhola and 13-4 MW Thapakhola hydropower project under the Dana sub-station are in operation. A target was set to complete the project within two years, it was delayed by two years due to various reasons.

The sub-station has been spread on around 156 ropanis of area. The test of a six-kilometer long transmission line connecting Khurkot to Kushma Municipality-8 Chuwa of Parbat has been successful.

A substation and transmission line have been constructed to connect the electricity generated from the Kaligandaki and its tributaries flowing through the northern region of Myagdi and the hydropower project to be constructed in Mustang to the central grid.

Bangladesh Is Ready To Buy Electricity Generated In Nepal: Ambassador Chowdhury By Agencies 1 day, 7 hours ago