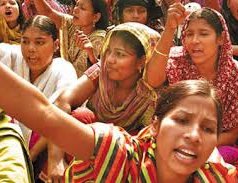 Persistent gender inequality in political representation is a global phenomenon. As per a recent data released by the UN Women, only 25 percent of the parliamentarians in the world are women. At the ministerial level, the number is much smaller, which indicates that the goal to achieve gender parity in politics seems far off than expected.

Looking into the political scenario in the context of countries in South Asia like Nepal, the gender gap is much higher compared to the developed nations in the west. Despite of years of political struggle, civil society lobbying and the promotion of progressive laws and policies in favour of women, women's representation and participation in the political arena in Nepal remains with considerable challenges.

Patriarchy, socially constructed gender roles and the regressive social structure of the Nepalese society remains deeply entrenched which curtails women's active role and leadership in the politics vis-a-vis in democratic dispensation. Still today, Nepalese society is reluctant to accept women as a decision maker or see women in the important leadership position, both in political parties or governance hierarchies, because of which accomplishing gender inclusive political structure seems far-fetched.

Nepal received its first female Head of State with Vidya Devi Bhandari as the President in 2015, but the presence of women leaders and decision maker in the federal, provincial and local governance level and political parties' structure is dismal. Women being the Head of State is a good initiation in our political paradigm, however being it also a ceremonial head, was the logic behind her selection by the political parties to the highest position of the country.

Although the Constitution of Nepal 2015 was based on the principle to build inclusive democracy, there has been lack of fair representation of women and marginalised community in the politics. There are very few active women leaders in the fore-front in politics, economy, civil society and social framework and these too do not represent the population of ordinary grass-roots' women of Nepal. Most of them are either wives, daughters or close relatives of the male leaders who are in the power-exercising position in their respective political parties or the country's overall politics.The blatant misuse of Proportionate Representation (PR) Election System in favour of female relatives have raised questions about the validity of such elections. The last Federal Parliament had the record number of 56 husband-wives or inter relative pairs, representing in the name of ordinary and marginalized Nepalese women and men. Other few women, who are lucky to have risen to the prominence in political and other domains, either they hail from aristocratic families or from the elitists groups. Thus, the women representation in political domain remains largely as tokenistic in nature.

Patriarchal mind-set is clearly reflected in the overall structure of the political parties as well. In the major political parties, be it Nepali Congress or Nepal Community Party, all the leading and decision-making seats are occupied by men. The law on political parties and electoral acts highlight on fair representation of women in parties' structures, but women politicians are not given a fair and meaningful responsibilities. The question arises how the regularity body of political parties in Nepal, the Election Commission (EC) accepts and register these parties for electoral purposes! This shows either women leaders are not taken seriously as a political entity, following the traditional and conservative belief that men are supposed to be a born leader, whereas, women are merely a home-maker and the lack of realisation of the capabilities and potentials of women as political leaders by the mind-set of male chauvinism.

Apart of these, lack of media coverage of the news related to the women political leaders is another major factor which prevents women to be seen at the fore-front of the political platform. This may be likely that the medias don't see or find any women politician as a political party ideologue, policy-maker, communicator or a mass-mover. It's sad to say, not a single big media house, has ever given the executive head position to any women in their entity, despite the so-called growth of Nepali media-dom! Mainstream medias do not prioritise and disseminate the news of the issues raised by the women leaders, which shows women not being active and participative in the major decision-making processes in the eyes of the general public.

In 2017, Nepal embarked into the federal structure after completing the local, provincial and federal elections. Election Commission (EC) mandated that 40.4% of total nominees be women and also the nominations for chief and deputy chief put forth by each political party should be gender-neutral in nature, meaning if mayor's position is occupied by a male then deputy mayor should be a female or vice-versa. As the result of this, 40.9% of the seats were then occupied by female. This shows that political parties didn't nominate the women representatives voluntarily, rather they simply had to do it after EC compulsorily mandated to do so. Further, when we research in-depth, we can find only 2 percent of the local governments across the country are actually headed by women (15 out of 753). This is a stark contrary against the constitutional right of so-called inclusive gender representation.

Even though done with the EC mandate for gender equality in election, local election was a step towards quantitative advancement but a step backward in qualitative political representation of women in Nepal. Having said that, reserved quotas seem to be the only method through which women are able to secure their seats proportionate to their male counterparts.At the end, gaining presence of women in politics through affirmative actions like quota system doesn't help secure democracy in true sense. Tokenism as such doesn't help in the meaningful participation of women and their empowerment. Increasing the number of female representatives through quotas only help accelerate the representation of women but to have inclusive governance, higher number of elected women representatives are needed.

Increasing women's representation through affirmative actions or solely appointing kith and kin have a long-lasting impact in the national politics where the sufferers are the general public. Such actions have a major set-back for Nepal to own a female leader at present and in the future too. It has direct bearing in the major decision-making in the national politics.

In present day context, the controversial dissolution of Parliament has been criticised in three aspects in relations to inclusive politics: 1) The only women President of the country Mrs Bhandari was condemned by political parties and intelligentsia, that she acted under duress by endorsing the dissolution, recommended by the PM, who happens to be a male, without having her say. However, everyone was silent whether the President, who obliged to act as per the recommendation, has the discretionary power in the constitution to neutralize the PM's recommendation. 2) Soon after, political leaders of the various parties put forth their opinions and arguments on this matter reprimanding the House dissolution, however, none of the women politicians were either found to be in the front-line giving their stand-point or listened by media, about their voices on this national conundrum. This clearly demonstrated that Nepal has not been able to groom a single woman leader of a high political stature as of today, and the increasing representation of women through affirmative actions and favouritism seems totally implausible. 3) The President, being a woman had to pass through a torturous moment, when she was labelled, battered and humiliated with personal attacks and hate speeches in public protests and social media. All these unfortunate situations concurred, simply because she is a woman.

Gender Equality and Social Inclusion (GESI) is imperative in politics in present day Nepal hence political parties should be gender-sensitive at all times in order to create just and fair society for women to voice their opinions and help promote meaningful participation of women politicians. Rather than focussing on affirmative actions and merely increasing the number of women, political parties need to mentor and give participative opportunity for women so that true women political leaders are born in the country. In country like Nepal, only having GESI policy is not sufficient, it should also be practised effectively especially, role-modelled in public affairs. Misogyny and various forms of discrimination against women leaders should stop, rather they should be provided with meaningful support within the political party as well as in the governance. Favouritism should be put to an end so that potential women leaders coming from grass-roots level too get opportunities. Society also need to change their patriarchal mind-set and not be reluctant to take women as their leader, since women leaders are the future of today and tomorrow. Women have shown their acumen to resolve crises and pandemic with ease, their leadership are a solid shield to corruptions and misappropriation for public funds, and they abide by the rule of law.