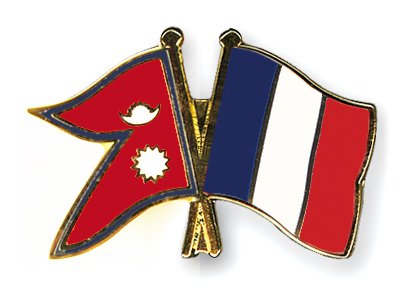 The second meeting of the Nepal-France Bilateral Consultation Meeting (BCM) took place virtually with France as the host. The Nepali delegation was led by Nirmal Raj Kafle, Joint Secretary and Head of Europe and the Americas division at the Ministry of Foreign Affairs, and the French delegation was led by Bertrand Lortholary, head of Asia and Oceania division at the French Ministry for Europe and Foreign Affairs.

The BCM provided an opportunity for both sides to take stock of various aspects of the bilateral relations and explore opportunities to further promote cooperation and collaboration between the two countries. Some of the key matters that were discussed were the impact of Covid-19 both in Nepal and France, the Green Roadmap (cooperation on environmental issues) between the two countries, the economic recovery and cooperation particularly in the domain of trade and investment. Both sides noted and welcomed the importance of the cooperation on education and people-to-people contacts.

Besides the bilateral issues, regional and multilateral cooperation were also part of the BCM. Focus was on the regional processes (SAARC, BIMSTEC, French strategy in the Indo-Pacific region) among others. As Nepal and France have been collaborating together on various international forums with many shared agendas and positions, matters related to climate change and the upcoming Sagarmatha Sambaad, UN Peacekeeping operations, future of multilateralism and the upcoming Generation Equality Forum in Paris etc. also figured prominently in the discussions.