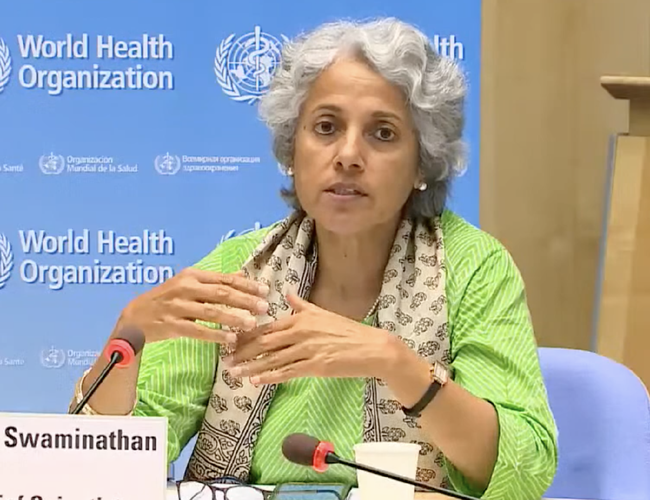 The World Health Organization says it needs to collect more data before determining the efficacy of the AstraZeneca coronavirus vaccine against a variant first confirmed in South Africa.

The South African government said on Sunday that it will temporarily suspend its rollout of the vaccine, developed by British pharmaceutical company AstraZeneca and the University of Oxford.

It cited preliminary clinical trial data indicating that the vaccine may be less effective in preventing mild to moderate illness caused by the variant.

WHO Director-General Tedros Adhanom Ghebreyesus said in a news conference on Monday that it is "clearly concerning news."

The world body's chief scientist, Soumya Swaminathan, added, "We mustn't start concluding that this vaccine doesn't work at all." She said, "What we've seen is data from a small study." She stressed the need to study more data.

The WHO plans to supply vaccines through the COVAX Facility, an international initiative aimed at ensuring fair distribution.

Most vaccines supplied through the framework are expected to be the AstraZeneca-Oxford vaccine.

China Reports Over 6,300 COVID-19 Patients Died In The Week Through Thursday By Agencies 8 hours, 26 minutes ago

WHO To Decide Whether COVID-19 Remains Global Health Emergency By Agencies 2 days, 9 hours ago