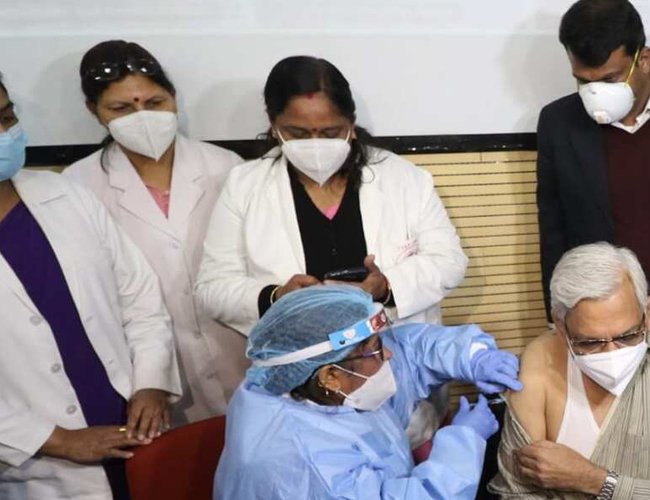 Scientists say more than 100 million people across the world have received at least one dose of a coronavirus vaccine.

Data posted online by the researchers, including from the University of Oxford, showed that the total number of people who got at least one dose stood at 101.57 million as of Sunday.

The United States had the largest number of people who were given at least one dose, at 31.58 million. This was followed by China at 31.2 million, and the United Kingdom at 12.01 million.

Researchers at Duke University in the US said about 4.2 billion doses went to high-income countries as of late last month, whereas middle- and low-income nations secured some 2.4 billion.

Experts said countries like China, Russia and India have engaged in "vaccine diplomacy" across Asia, Africa and South America, by supplying vaccines they developed or produced to countries in those regions.