All Hypotheses Open On COVID-19 Virus Origins: WHO

All Hypotheses Open On COVID-19 Virus Origins: WHO 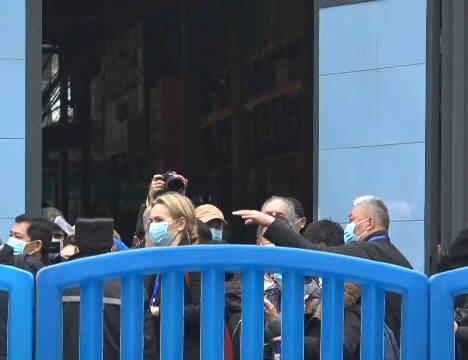 The head of the World Health Organization says a team of experts sent to the Chinese city of Wuhan to investigate the origins of the coronavirus hopes to publish a summary report next week reports NHK.

He was speaking on Friday at a news conference alongside Peter Ben Embarek, who headed the team.

Embarek said they have a much better understanding of what happened in December 2019, when the outbreak was in its infancy.

But he also said they are still far from identifying the origins of the coronavirus.

The experts visited Wuhan from January 29 to February 10. They investigated a seafood market believed to be the location of the initial outbreak. They also visited the Wuhan Institute of Virology, which is known for its research into bat coronaviruses.

The administration of former US President Donald Trump claimed the virus may have leaked from the facility reports NHK.

Six MoUs Signed Between Nepal And India By Agencies 1 day, 1 hour ago