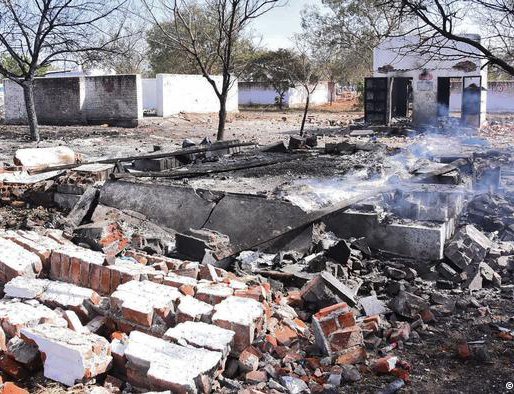 More than 30 people were injured in the blast, which took place at a factory in Tamil Nadu state. Police are still investigating the cause of the explosion.

Those injured were taken to a nearby hospital for treatment, police officer Raj Narayanan said, adding that 11 people died on the spot. Four workers later died of burn injuries in the hospital.

Local official R. Kannan told French news agency AFP that the death toll was likely to go up in the next few hours.

"So far 34 people have been injured and are undergoing treatment. Some of them are severely burnt," he said, adding that there were around 74 people in the factory at the time of the incident.

An officer from the local fire department told broadcaster NDTV that the blasts occurred while chemicals were being mixed by workers to make fireworks.

"Friction during mixing of chemicals appears to have caused the explosion," he said.

Ten fire brigades were called to fight the blaze.

Officer Narayanan said that the blasts "continued for a long time, making it difficult for fire and rescue services personnel to enter the unit."

"There were a series of explosions followed by the fire, which engulfed the unit. Several cracker-making sheds were completely gutted," he said.

According to local media reports, the factory was being run illegally. Many illegal factories in India produce fireworks that are cheaper to buy than legal ones. Fireworks manufacturing is a thriving business in a country where pyrotechnics are often used for celebrations such as weddings and festivals.

Online south Indian news agency The News Minute said the owner of the factory was missing and that the police were still investigating the cause of the blast.