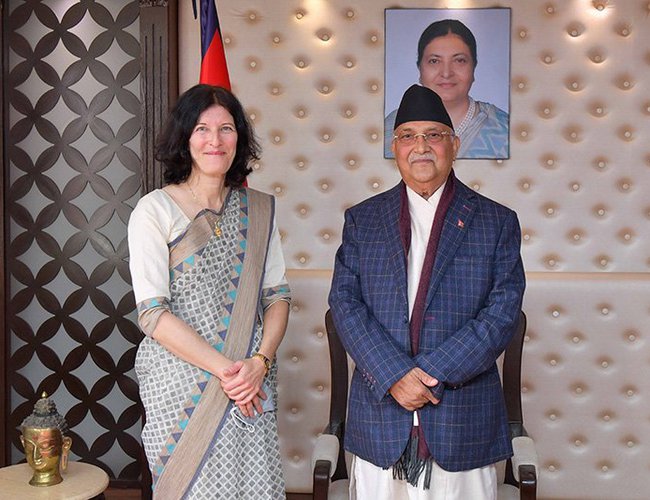 During the meeting at the Prime Minister’s official residence in Baluwatar, Verma expressed her concern about managing the problem of the Bhutanese refugees.

On the occasion, Prime Minister Oli thanked the UNHCR for its assistance in managing the Bhutanese refugees so far and expressed confidence that there would be continued support for the management of the remaining refugees.

He said that Nepal, a developing country which is struggling with its own problems, wanted to manage the refugee problem in a timely manner.

The Prime Minister said that the first priority was to create a favorable environment for refugees to return to their country with dignity.

If that does not happen, the government of Nepal is open to work on all three options-- relocating them to third countries and managing the remaining refugees in Nepal, said Prime Minister Oli.

He also expressed his confidence that the UNHCR would support Nepal for that daily reports.