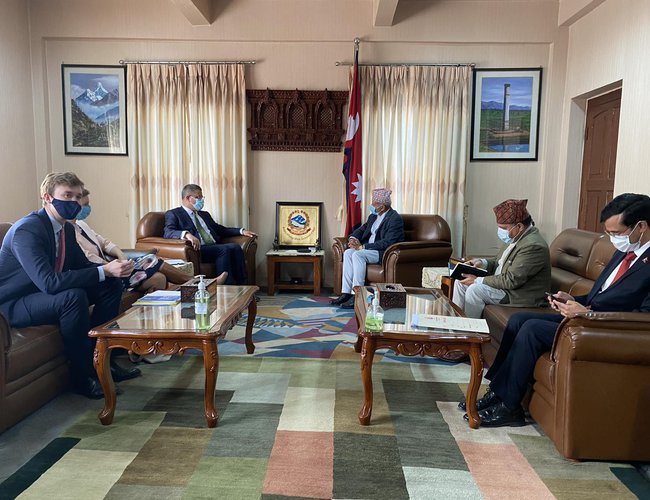 Views on Nepal-UK relations, collaborations on climate action and cooperation in energy sector, among others, were exchanged on the occasion. COP26 President Sharma briefed the Prime Minister about the priorities and plan in the lead up to the COP26 to be held in Glasgow in November 2021.

Prime Minister Oli expressed satisfaction over the increasing level of engagements with the UK on the matters of common interest, both at bilateral and multilateral levels. He assured Nepal’s full support to the successful holding of the COP26. He conveyed his best wishes for all success of the conference.

Nepal Backs Away From US State Partnership Program: Indian Scholar, China Commends Nepal's Decision Not To Move Ahead On The SPP: CGTN By NEW SPOTLIGHT ONLINE 5 days, 1 hour ago