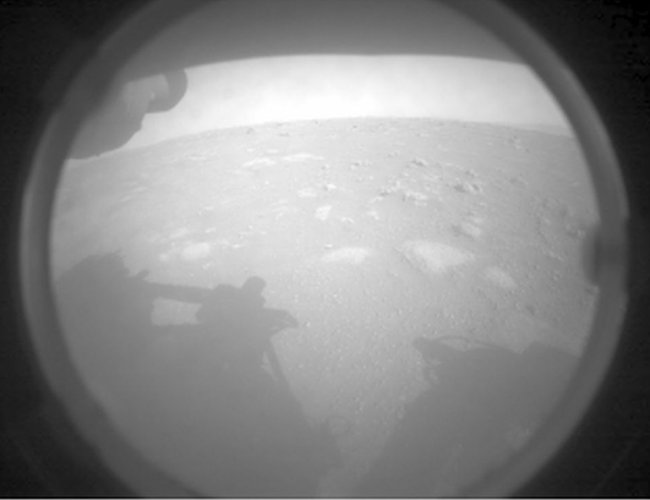 NASA’s science rover Perseverance, the most advanced astrobiology laboratory ever sent to another world, streaked through the Martian atmosphere on Thursday and landed safely on the floor of a vast crater, its first stop on a search for traces of ancient microbial life on the Red Planet.

Mission managers at NASA’s Jet Propulsion Laboratory near Los Angeles burst into applause and cheers as radio signals confirmed that the six-wheeled rover had survived its perilous descent and arrived within its target zone inside Jezero Crater, site of a long-vanished Martian lake bed.The American space agency has successfully landed its Perseverance rover in a deep crater near the planet's equator called Jezero.

"The good news is the spacecraft, I think, is in great shape," said Matt Wallace, the mission's deputy project manager.

The six-wheeled vehicle will now spend at least the next two years drilling into the local rocks, looking for evidence of past life.

Jezero is thought to have held a giant lake billions of years ago. And where there's been water, there's the possibility there might also have been life.

Government To Deploy Nepali Army During The Elections By Agencies 1 day, 13 hours ago