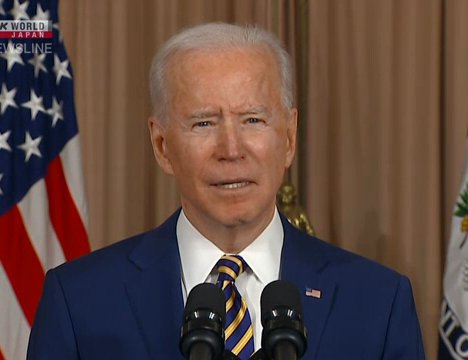 US President Joe Biden has affirmed his commitment to improving ties with European nations and working together to face competition from China.

Biden attended his first summit meeting of the Group of Seven industrialized nations on Friday. The talks were held online.

He stressed the need for international cooperation to address issues such as the coronavirus pandemic and global warming, in a departure from former president Donald Trump's "America First" stance.

Later in the day, Biden also spoke to the Munich Security Conference online.

He said the world is "in the midst of a fundamental debate" over its future and some argue that "autocracy is the best way" to take on challenges such as industrial change and the global pandemic.

But he said he believes democracy will and must prevail.

He suggested his country and its allies must prepare together for a long-term strategic competition with China.

He said he believes in the global system that Europe, the United States and their allies in the Indo-Pacific worked hard to build, and that they "can own the race for the future."