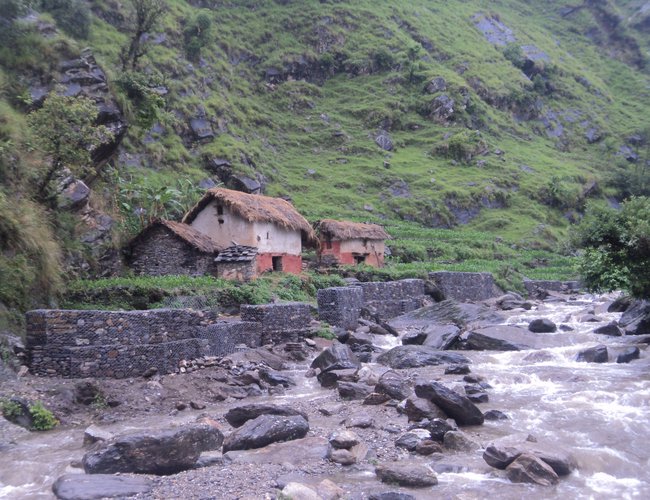 ICIMOD is one of the seven organizations in the world to have received RIE accreditation and the only one in the Asia and the Pacific. Dr. Pema Gyamtsho, ICIMOD Director General expressed the institution’s encouragement at the accreditation: “We are deeply encouraged by the news of our AF accreditation. This will allow us to support our eight member countries across the Hindu Kush Himalaya (HKH) in their concrete adaptation projects and to strengthen regional cooperation on the climate action that is required to address our shared climate crisis. Since the HKH is particularly vulnerable to climate change impacts, this is an achievement for our region, not just for ICIMOD as an institution.”

“We are very pleased with the accreditation of ICIMOD. It will help further the work of the Adaptation Fund, particularly in mountain regions that are vulnerable to glacial melt, floods and water insecurity,” said Adaptation Fund Board Chair Ibila Djibril.

“The Adaptation Fund has several projects in this region, and the accreditation of ICIMOD will help build upon that work and expand it into additional vulnerable areas that are in urgent need of adaptation solutions. Climate impacts on floods and water security are often transboundary, and one of the advantages of ICIMOD is its ability to implement regional projects, in addition to ones focused on individual countries,” said Mr. Mikko Ollikainen, Manager of the Adaptation Fund.

The AF finances projects and programmes that help vulnerable communities in developing countries to adapt to climate change. Priority activities of the AF aim at producing visible and tangible results on the ground by reducing vulnerability and increasing the adaptive capacity of human and natural systems to respond to the impacts of climate change, including climate variability. These adaptation projects and programmes can be implemented at the community, national, regional and transboundary levels.

Basanta Shrestha, ICIMOD Director of Strategic Cooperation said, “ICIMOD’s AF accreditation helps the entire region since so many of the impacts of climate change are not bound by country borders but are transboundary in nature, requiring a regional approach. Particularly vulnerable mountain communities are at the front line of climate impacts and we are eager to further our work on adaptation and building resilience to ensure that these communities are not left behind.”

The AF was established under the Kyoto Protocol of the UN Framework Convention on Climate Change (UNFCCC), and since 2010 has committed US $783 million to climate adaptation and resilience activities, including supporting 115 concrete adaptation projects, with over 27 million total direct and indirect beneficiaries. Since 2019, the AF has also served the Paris Agreement under UNFCCC. The AF is financed largely by government and private donors, and from a two percent share of proceeds of Certified Emission Reductions (CERs) issued under the Protocol’s Clean Development Mechanism projects.

The AF accredits implementing national, regional and multilateral institutions as entities to receive direct financial transfers to carry out adaptation projects and programmes. To become accredited, all applicant entities are required to meet stringent fiduciary standards, to demonstrate capacity regarding quality at entry and programme implementation and to commit to comply with an array of policies reflecting the highest of international standards including environmental and social safeguards and gender and social inclusion.

INGOs And NGOs Are Close Partners Of The Government: Minister Regmi By NEW SPOTLIGHT ONLINE 1 day, 5 hours ago

Foreign Secretary Paudyal Thanked China For The Preparation Of The Return Of Nepali Students To China By NEW SPOTLIGHT ONLINE 1 day, 10 hours ago