Over 10 Reportedly Killed In Myanmar Protests

Over 10 Reportedly Killed In Myanmar Protests 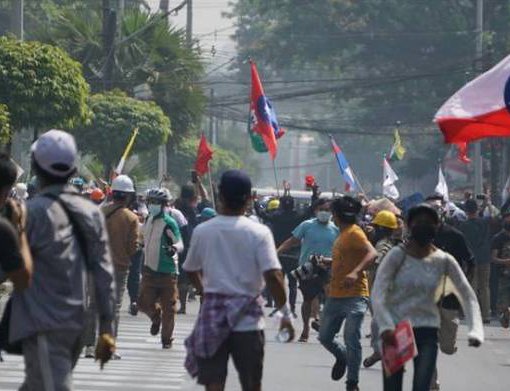 Security forces in Myanmar opened fire on protesters Sunday, the day before the one-month anniversary of the February 1 military coup. More than 10 people were reportedly killed.

Mass protests have been taking place across the country following the power grab. In response, security forces have been stepping up their crackdowns.

Local media reported that over 10 people have been killed by security forces who fired on protesters in the largest city of Yangon, the southern city of Dawei and elsewhere.

The Office of the UN High Commissioner for Human Rights issued a statement, saying it has received "credible information" that the crackdown on Sunday left at least 18 people dead.

Putin Declares Annexation Of 4 Territories Of Ukraine To Russia By Agencies 12 hours, 31 minutes ago

Abe's State Funeral To Be Held On Tuesday By Agencies 4 days, 13 hours ago