Chanda Led Maoist And The Government To Hold Talks

Chanda Led Maoist And The Government To Hold Talks 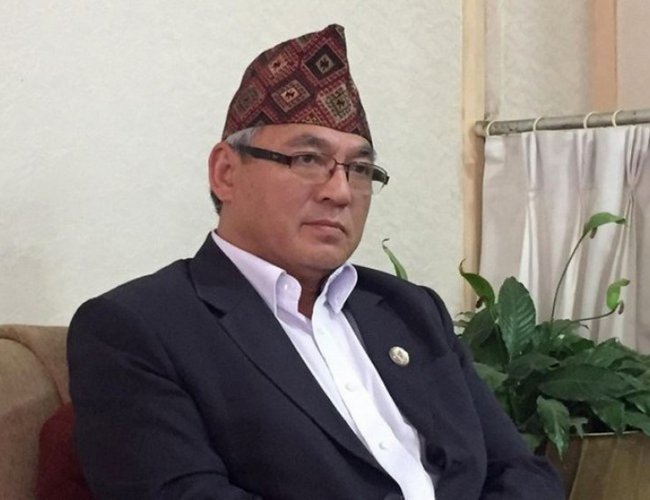 The government has formed a two-member team to hold talks with the outlawed Nepal Communist Party of Nepal (CPN) led by Netra Bikram Chand ‘Biplav’ reports The Rising Nepal.

At a press conference held on Tuesday, Minister for Communication and Information Technology Parbat Gurung, who is also the spokesperson of the government, said that the talks team comprises Minister for Home Affairs Ram Bahadur Thapa Badal and Prime Minister’s Foreign Affairs Advisor Dr. Rajan Bhattarai.

Speaking at the press conference, Minister Gurung said the government was all set to lift the ban imposed on the party. Minister Gurung expressed confidence that the group would join peaceful politics after the lifting of the ban.

Since then Nepal Police has been pursuing a policy of arresting the leaders and cadres of the group wherever they meet them.

So far, police have arrested about 2,000 leaders and activists of the group. A couple of weeks ago, the Chand-led outfit expressed its readiness to hold dialogue with the government if an environment conducive to talks was created.

Meanwhile, in response to the government’s talks team, the NCP led by Biplav also formed a talks team on Tuesday. The team is led by Khadga Bahadur Bishwakarma alias Prakanda, one of the key leaders of the outfit. Prakanda is also the spokesperson of the group.

“Our party agrees to hold talks with the government on the political, economic, and national independence of the country,” according to the statement issued by the party reports The Rising Nepal.

Forbes Listed Five Nepalis In Forbes’ 30 Under 30 From Asia By Agencies 13 hours, 11 minutes ago

Department of Passport Continues To Open On Sunday By Agencies 17 hours, 38 minutes ago