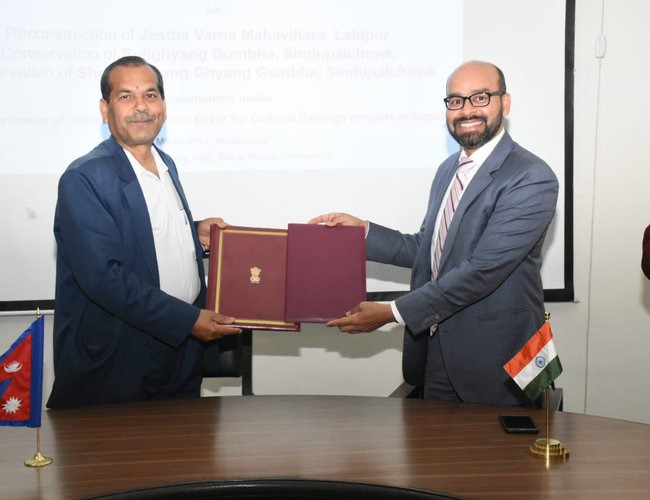 The Memorandum of Understanding and Contract Agreements for restoration and reconstruction of three more cultural heritage sites were signed today in Kathmandu.

The Head of Development Partnership and Reconstruction Wing of the Embassy of India to Nepal and Project Director of Central Level Project Implementation Unit (Building) of National Reconstruction Authority (NRA) signed the MoUs. Similarly, the Contract Agreements were signed between the successful bidders and NRA. 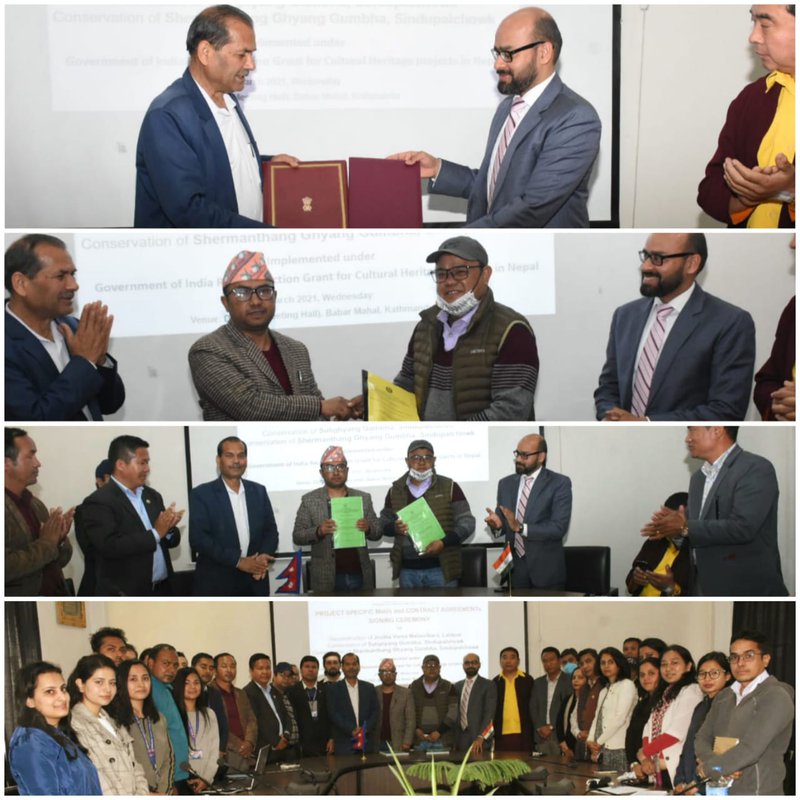 The three projects are Jestha Varna Mahavihara in Lalitpur, SulighyangGumba and ShermathangGumba located in Sindhupalchowk district. The Indian National Trust for Art and Cultural Heritage (INTACH) will be providing technical assistance for the restoration of Jestha Varna Mahavihara while the other two will be undertaken by CLPIU (Building).

Out of 28 cultural sector Projects to be undertaken under the Indian reconstruction grant, a total of 6 contracts have already been awarded and Vinay Mohan Kwatra, Ambassador of India to Nepal carried out the Bhoomi pooja on 28th February 2021 for conservation and restoration of SetoMachindranath temple in Jan Bahal area of Kathmandu, jointly with Chief Executive Officer of National Reconstruction Authority of Government of Nepal and Mayor of Kathmandu Metropolitan City.

India has been working with Nepal for the restoration of cultural heritage projects in past also, reflecting the common cultural heritage which has been the bedrock of the strong and friendly historical linkages. India remains committed to continuing its development partnership with Nepal which is long-standing, unwavering, unmatched and multidimensional in nature, as per the priorities of the Government of Nepal.

EP DELEGATION Visit For Cause By A Correspondent 1 day, 9 hours ago