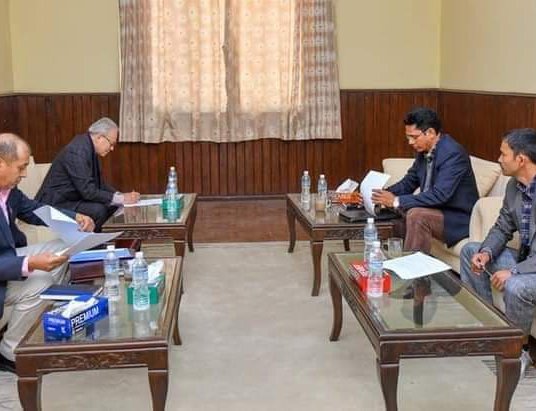 The government has entered into a 3-point agreement with the Netra Bikram Chand (Biplav)-led communist party reports The Rising Nepal.

According to the daily, Biplav-led group has agreed to resolve all the political issues peacefully by holding talks with the government in the agreement..

Likewise, the government has also agreed to withdraw the ban imposed on the Biplav group and release all the cadres who are facing legal actions. 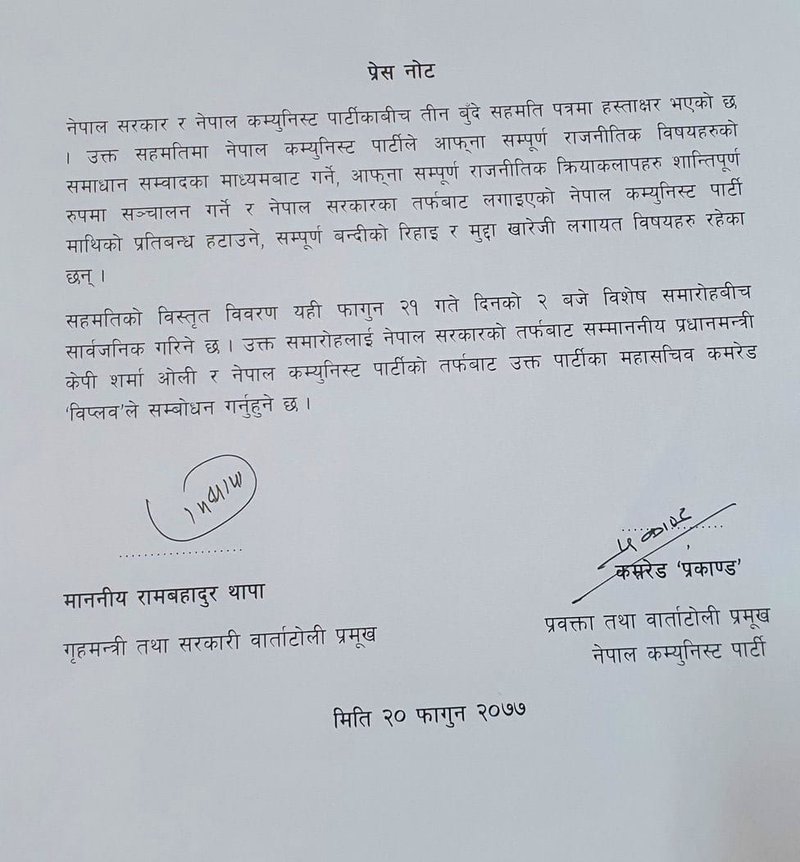 According to The Himalayhan Times, the complete details of the agreement will be made public at 2:00 pm on March 5 amidst the programme attended by Prime Minister KP Sharma Oli and CPN leader Netra Bikram Chanda-Biplav.

POLITICS Uncertain Future By A Correspondent 3 days, 7 hours ago