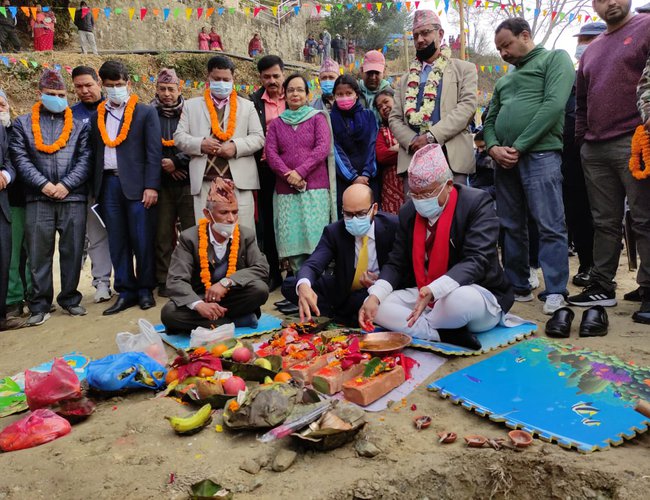 This is the 68th school under the Government of India reconstruction grant assistance in the education sector. Dr Praphullachandra Sharma, Head of Reconstruction and Development Cooperation wing of the Embassy of India, and Mayor of the Chandragiri Municipality were also present.

Project Director of Central Level Project Implementation Unit (CLPIU) Building of the National Reconstruction Authority, officials from Embassy of India and NRA, representatives of the School Management Committee, local community members and students of the school also attended the event. 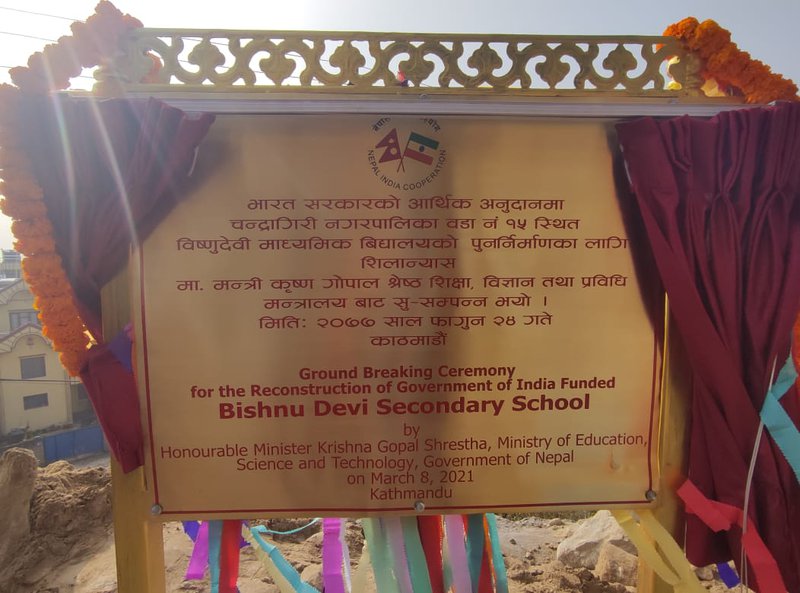 Bishnu Devi Secondary School is being reconstructed at a cost of NRs 64.9 million and will be built as per earthquake-resilient reconstruction norms of the Government of Nepal. The new infrastructure will include three blocks; educational block, administrative block and Lab and Library block, including 13 classrooms, exam halls, Lab rooms, computer rooms, Library, room for School Management Committee, administrative rooms and separate sanitation facilities for boys and girls. The Central Building Research Institute (CBRI), Roorkee, a premier institute in India in the field of earthquake-resilient reconstruction, will provide technical hand-holding for the construction of these schools.

India has committed US $ 50 million, approximately NRs 5800 million, for the reconstruction of total 71 educational institutions across eight districts of Nepal affected by the 2015 earthquake. This is the 68th school on which work has begun, 8 schools have already been completed. The contract has already been awarded for the reconstruction of two more schools in Kavre district and the work is scheduled to start soon. 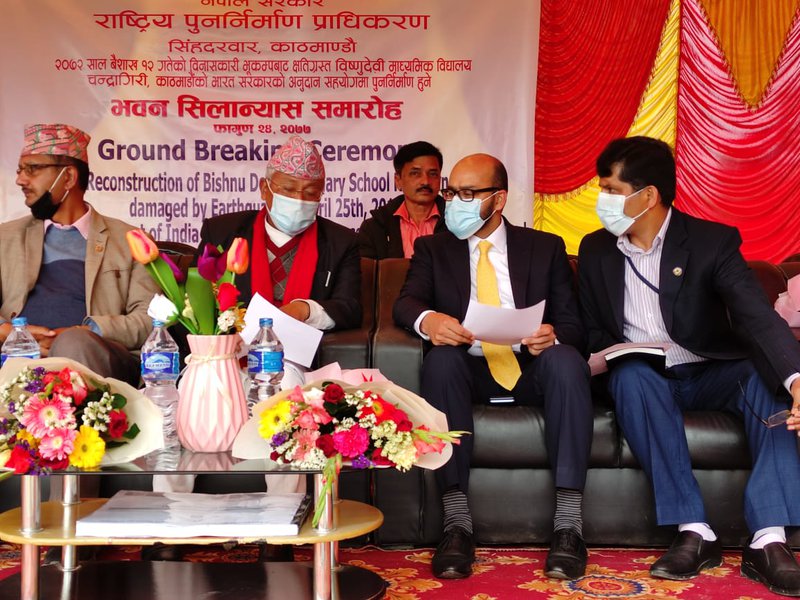 India has also committed a reconstruction grant of US $ 200 million (for reconstruction projects in Housing, Health and Cultural Heritage Sectors. Presently, nearly 47,000 houses, under the owner-driven model, have already been completed in Gorkha and Nuwakot districts and work on the remaining houses is underway. NRA and the respective Municipal authorities have requested the beneficiaries complete the reconstruction before the Monsoon rains.

India has been providing support to a total of 147 health buildings and restoration/retrofitting of 28 cultural heritage sites in a total of 11 districts of Nepal affected by the earthquake of 2015 under the Indian reconstruction grant. Both the NRA of Nepal and the Embassy have been working closely to complete the reconstruction projects at the earliest.

European Parliamentarian Delegation: Visit For Cause By NEW SPOTLIGHT ONLINE 1 day, 16 hours ago

Rosh Hashanah: What To Know About The Jewish New Year By NEW SPOTLIGHT ONLINE Sep 24, 2022