Ambassador of India Lays Foundation Stone For Reconstruction of Kumari Chhen and Kumari Niwas in Patan,Lalitpur 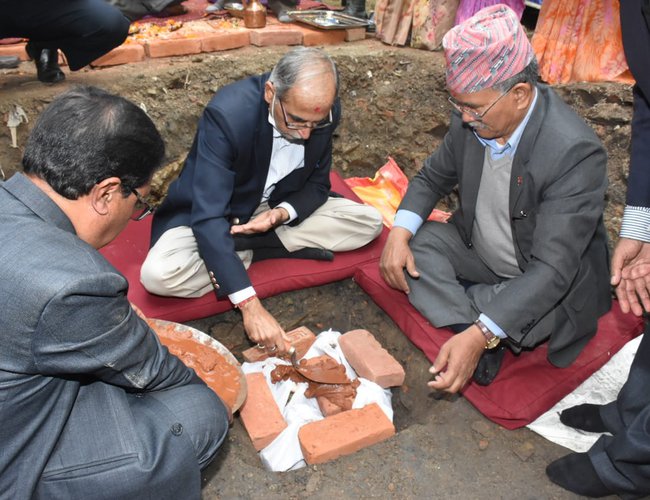 Ambassador of India to Nepal Vinay Mohan Kwatra laid the foundation stone for reconstruction and development of KumariChhen and KumariNiwas in Patan, Lalitpur today.

The event was attended by Mayor of Lalitpur Metropolitan City Chiribabu Maharjan, former Minister of Culture and former Mayor of Lalitpur Buddhiraj Bajracharya, Project Director, National Reconstruction Authority Shyam Kishor Singh, Members of the User Committee of Kumari Chhen and community members. Officers from Reconstruction and Development Wing of the Embassy of India were present at the ceremony.

The 28 sites have been identified by Government of Nepal and the projects are being implemented by the Central Level Project Implementation Unit (Building) of National Reconstruction Authority(NRA). 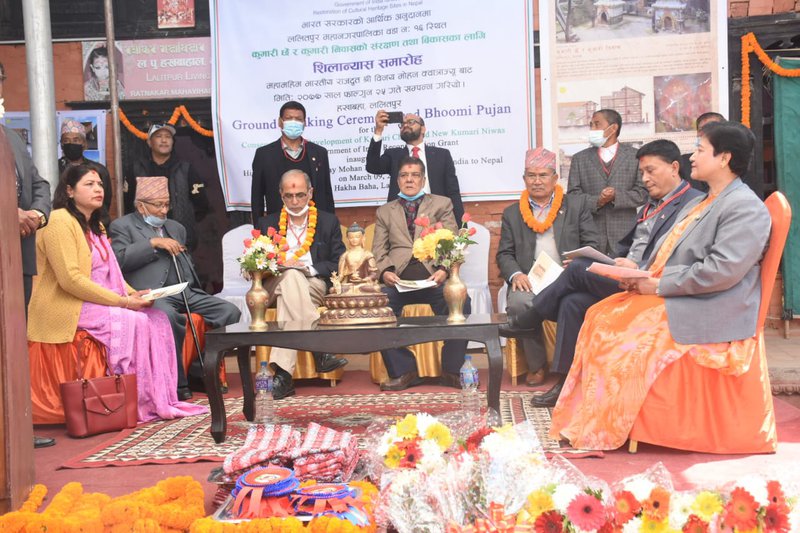 The Kumari Chhen and Kumari Niwas will be conserved as per Nepal’s Ancient Monument Preservation Act, and Department of Archaeology’s Basic Guidelines and Manual for conservation and reconstruction of heritage affected by 2015 earthquake. The scope of work includes restoration of the old building and conservation of the wall painting which will serve as the ritual/prayer building of the Kumari Goddess along with the construction of a new building on the vacant plot on the eastern side of the present KumariChhen to function as the new official residence of the Kumari goddess.Indian National Trust for Art and Cultural Heritage (INTACH) has been engaged to provide technical support during the conservation and development work as per the Detailed Project Report approved by Government of Nepal.

“Kumari” refers to the living Goddess worshiped by people in Kathmandu, Lalitpur and Bhaktapur. The Kumari culture is central and unique practice among the Newar Buddhist community of Kathmandu Valley.The new KumariNiwas incorporates traditional architectural features which are symbolic representations of the importance of the Kumari Goddess in the social, religious and cultural life of the Newar community. 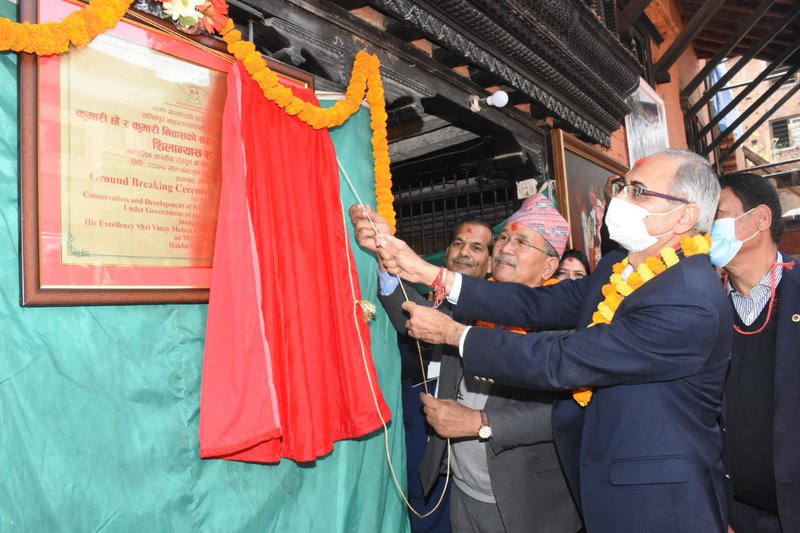 Nepal Army Collects Over 30,000 KG Of Wastes From Major Mountains By Agencies 15 hours, 25 minutes ago