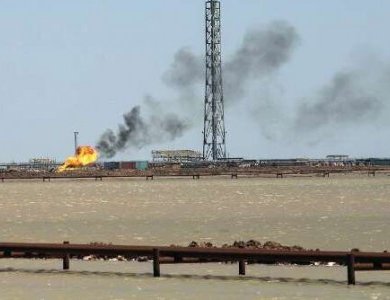 The Saudi Arabian government said the attacks were aimed at the facilities of state-controlled oil company Saudi Aramco. Drones and missiles flew near the eastern city of Dammam from Sunday morning through nightfall.

The government condemned the attacks, saying that they targeted "the security and stability of energy supplies to the world."

Houthi forces in neighboring Yemen announced that they launched 14 drones and eight missiles in a wide operation in the heart of Saudi Arabia.

Yemen has been torn by a civil war between the Saudi-backed government of President Abd-Rabbu Mansour Hadi and the Iran-backed Houthis for several years.

Following the latest attacks, a primary benchmark for international oil prices, the WTI, reached its highest level in about two-and-a-half years.

New Technology In e-cooking And Biogas Can Be Supplied To Nepal: ATEC CEO Ben Jeffreys By NEW SPOTLIGHT ONLINE 8 hours, 44 minutes ago

Replacing The LPG By Electricity Is The Priority Of The Government: Minister Karki By NEW SPOTLIGHT ONLINE 1 day, 22 hours ago

Nepal Imported LPG Worth Of Rs.52 Billion In The Last Ten Months By NEW SPOTLIGHT ONLINE 2 days, 10 hours ago

Induction Stoves Will Be Encouraged To Replace Cooking Gas: President Bhandari By Agencies 2 days, 10 hours ago