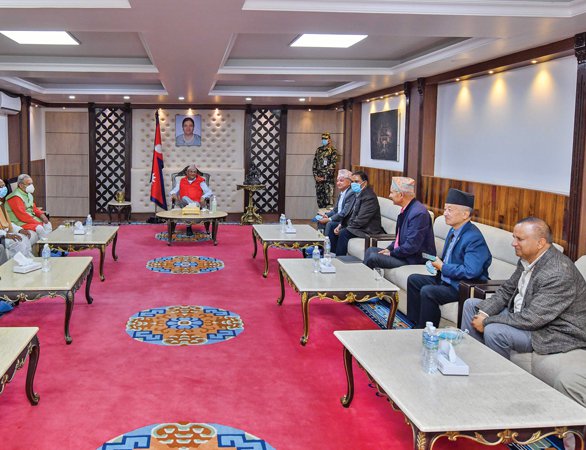 Janata Samajbadi Party (JSP) has said that the talks held with Prime Minister KP Sharma Oli on Thursday were positive.

A meeting was held between Prime Minister Oli and senior leaders of Janata Samajbadi Party at the official residence of the Prime Minister in Baluwatar, this evening.

Talking to media persons after the meeting, leader Laxman Lal Karna said that today's meeting was positive and further discussion would be held at the taskforce level on Sunday.

Janata Samajbadi Party has been putting forth the demand of release of its detained leaders, withdrawal of cases against some of its leaders and constitution amendment. Prime Minister Oli said that he was positive towards the demands put forth by JSP, leader Karna said quoting the PM.

Today's meeting concluded with an agreement to hold further discussion between taskforce of the two sides. A taskforce has been formed by CPN –UML with Subas Nembang, Bishnu Prasad Poudel and Rajan Bhattarai as members.

Similarly, a taskforce comprising leaders—Sarbendranath Sukla and Laxman Lal Karna has been formed by JSP for the same.