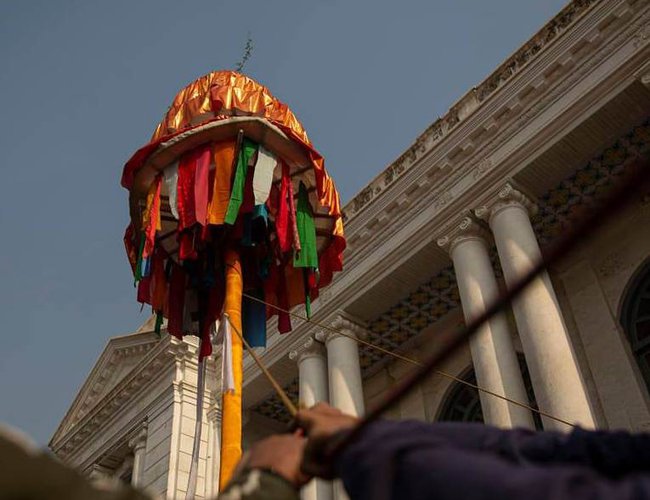 Holi, the festival of colours, traditionally started with the installation of a chir (bamboo pole) decorated with pieces of colourful clothes, on the premises of Hanumandhoka Durbar Square in Basantapur today.

Chir is the long bamboo pole having colorful cloth pieces hanging in three different circular layers. It looks like an umbrella. It is erected in joint effort of Manandhar community and government officials.

Every year 28 ft tall bamboo pole is erected at Basantapur, Kathmandu, Bhaktapur Durbar Square and Patan Durbar Square. This is done on every Falgun Shukla Pakshya Astami to mark the beginning of the century old ritual Holi.

Hindus all over the world including Nepal celebrate this festival of colors with great enthusiasm. However, the main celebration begins a week after the erection of this pole. This year it has been erected on March 3. It is believed that one should not mind getting wet or smeared with colors within this period until it is taken down.

Local people regards the erection of chir symbolizes the tree on which lord Krishna is said to have hung Gopini clothes while they were bathing in the Yamuna River in India.

A special kind of bamboo is used to erect Chir known as Bhalu bamboo. It is used due to its strength to hold three heavy wooden rings and its straightness.

As the pole is put up on the street at Basantapur, the festivities last for a week. However, the main day of Holi will be celebrated on March 9 in the hilly districts and on March 10 in the Tarai.

This pole is taken down on the day of Holi and is pulled toward Thudhikhel. There it is burnt and Marwari community does their rituals walking circular around the burning fire. This bonfire symbolizes burning of Holika and victory over evil as per Hindu myth.

The erection of chir symbolises the tree on which Hindu deity Krishna is said to have hung milkmaids’ clothes while they were bathing in the Jamuna River in India, according to the legend. As the pole is put up on the street at Basantapur, the festivities last for a week.

The festival generally lasts for a week, but the main activities happen in the first three days. Holi Festival in Nepal has a few traditions that are different from the Indian ones. During the first-day people put up a decorated wooden pole and keep it burning all night. Nepali women dressed in their best clothes, often in red sari, circle around the pole to pray for the blessings. This custom symbolizes the burning of the old year.

However, the main day of Holi will be celebrated on March 28 in the hilly districts and on March 29 in the Tarai. Holi is celebrated as a festival of reconciliation as revellers leave negative feelings like anger and animosity aside and put colours on each other’s faces.

The festival also symbolises the victory of good over evil. Named after the mythical demoness Holika, it is a day when the festival of colours is celebrated.

During the second-day special bonfires are lit to symbolize the death of demon Holika. Last, the third day is typically the most colorful. During this day, people get together and throw everything colorful at each other. It can be anything - colored water, color powder, everything that makes this day a chaotic but vivid picture. The most popular cities you can enjoy the festival are Kathmandu, Narayangarh, Pokhara, Hetauda, and Dharan. So put on some old clothes and spoil it with the most colorful specter! 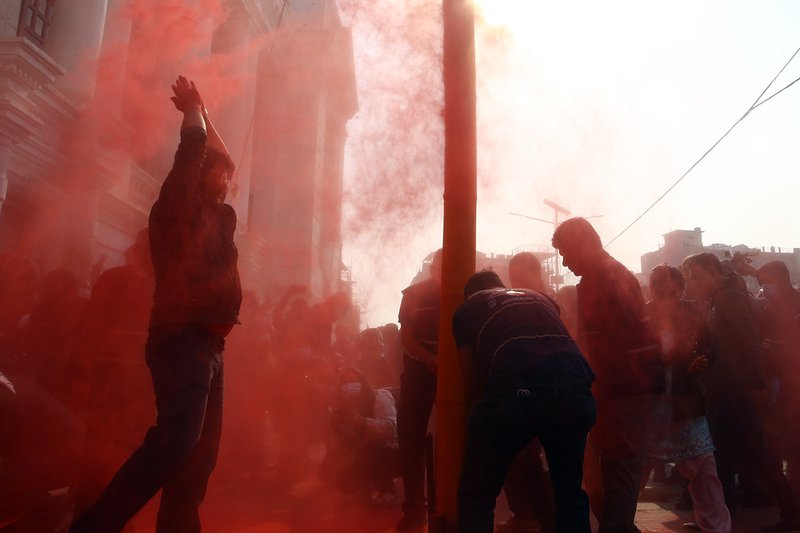 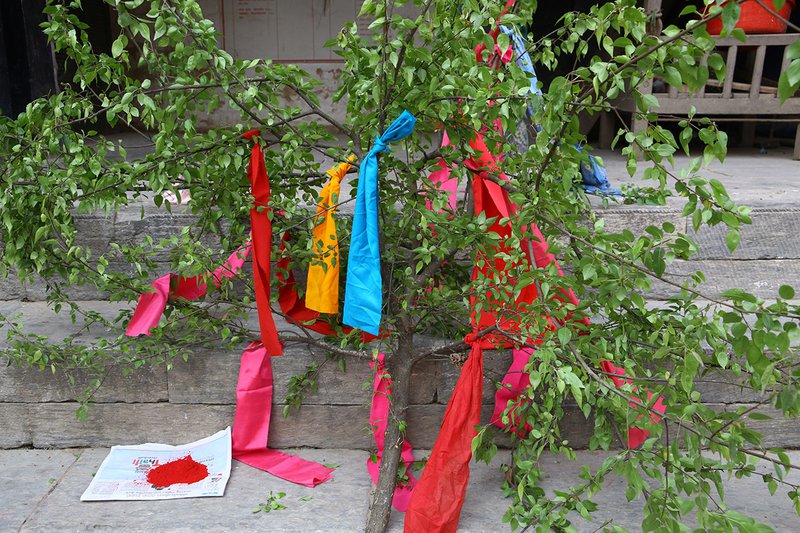 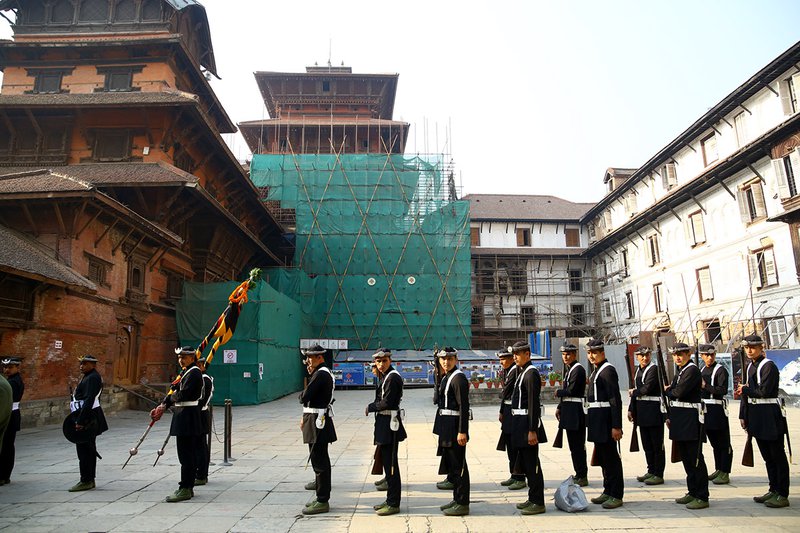 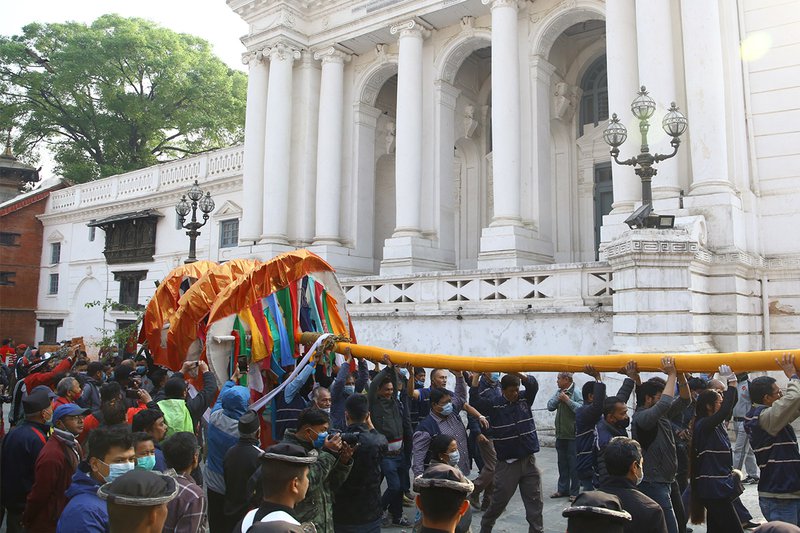 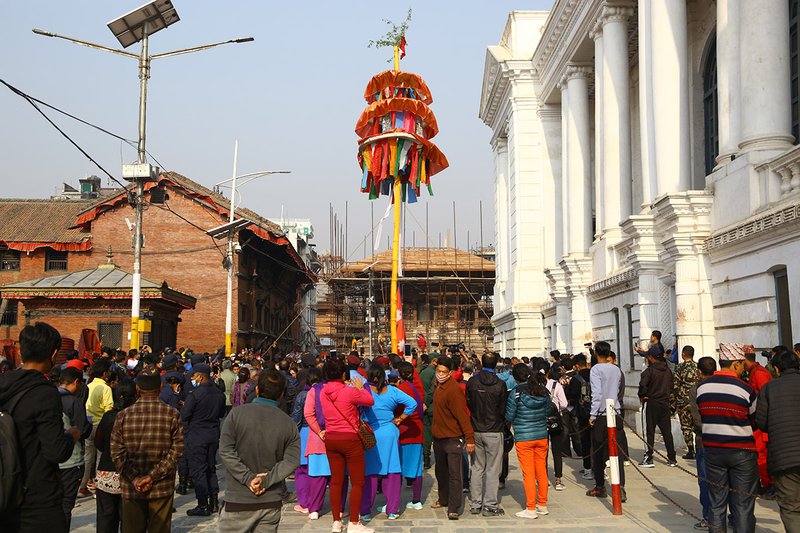 A Week Long Vivah Panchami Celebration From Today By Agencies 1 week, 5 days ago